The Color Of Power, Heroes, Sheroes And Their Creators, Black Womxn In Comics At CCCADI 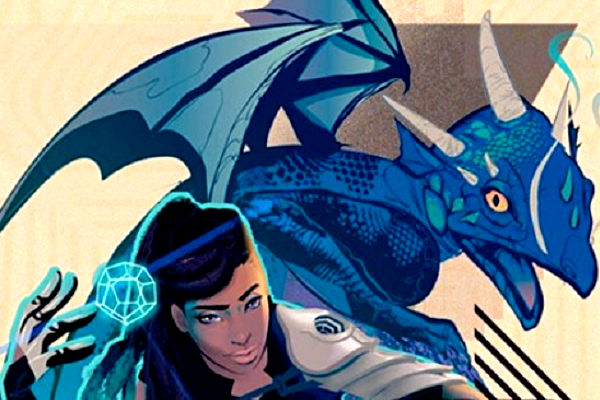 The Caribbean Cultural Center African Diaspora Institute (CCCADI) is pleased to present the Gallery Talk, Black Womxn in Comics, as a complement to our current exhibition, The Color of Power: Heroes, Sheroes & their Creators.

The talk takes place on March 26, 2020, from 6:00 pm – 8:00 pm at our home site in the landmarked 125th Street Firehouse. Featuring artists Nilah Magruder, Afua Richardson and Alitha Martinez, and moderated by voiceover artist and journalist Angélique Roché the conversation will delve into the world of Black comics exploring the depths and nuances of this famed genre. On this occasion, join this BOOMbastik group of Black womxn comic geniuses for a dynamic conversation about their career trajectories in a primarily white male-dominated industry.

Many of us consume superhero/shero stories daily, immersing ourselves in their fantasy worlds. We see ourselves in their backstories, super strengths, and weaknesses. However, rarely do these characters, that we so love, have their narratives, or their creators, reflected in our actual diverse world. Our current exhibition The Color of Power: Heroes, Sheroes, & Their Creators explores these issues. The Color of Power exhibition remains on view at CCCADI through June 13, 2020.

The programs and activities of CCCADI revolve around any and all forms of arts, culture, education and media that have the ability to address social justice and cultural equity as applied particularly to people of African descent. The Center’s efforts can be defined as four broad categories: Expressions, Learning, Spirituality and Exchange. The Color of Power exhibition is an example of the work defined under the category of Expressions. Expressions is the Center’s acknowledgement of the diverse and brilliant artistic disciplines that reflect the international African Diaspora experience. We honor our creative Expressions through the presentation of performances, lectures, workshops, film screenings, festivals and exhibitions that are accessible for all audiences.

Nilah Magruder is a writer and artist based in Los Angeles. From her beginnings in the woods of the eastern United States she developed an eternal love for three things: nature, books, and animation. She has written and storyboarded for television studios like DreamWorks and Disney. She also illustrates children’s books, including the Dactyl Hill Squad series by Daniel José Older from Scholastic. Nilah is the author of M.F.K., a middle-grade graphic novel from Insight Editions and the winner of the Dwayne McDuffie Award for Diversity, and How to Find a Fox, a picture book. She has published short fiction in the anthology All Out (edited by Saundra Mitchell), in Fireside Magazine, and for Marvel.

Afua Richardson is an American Comic book artist, musician, singer, and author. Although best known for her illustrations in the Eisner™ Award winning miniseries Black Panther – World of Wakanda for Marvel Comics, Afua’s art has been seen in a diverse range of projects from 20th Century Fox, HBO and comic publishers including DC and Image Comics, Random House, Kodansha and many others since 2004 . Originally from New York City, This Atlanta Based artist has utilized her background as a classical Flautist, Voice actor, songwriter and performer to create harmony in her color schemes and vivid imagery. Today, Afua continues to work on comics and musical projects from her home in Georgia, where she inspires, mentors, and guides artists to find their unique voice on their own creative journey. Afua’s series Aquarius the Book of Mer will be released in Fall 2020.

Angélique Roché is a professional host, moderator, voiceover artist, journalist, and content creator. As a writer and photographer, Angélique has contributed to NBC News, Black Girl Nerds, Syfy Wire, Marvel.com, and Rewire News. She is currently the host of Marvel Entertainment’s Marvel’s Voices podcast, an on-air contributor and host of the podcast Geeksplain for Syfy Wire, and New York Public Radio’s live monthly podcast Very Biggest Questions at The Greene Space. She also co-hosts The Radical Geeks and The Women of Marvel Podcast. In addition, Angélique has done work as a part-time host and voice-over artist at SiriusXM Progress and voiceover work for Vox Creative. Angélique has received a number of awards including the EnVest Foundation’s National Capital Region’s 40 Under 40, Apex Society’s 30 Under 30, and the Southern University Law Center’s Young Trailblazer Award. She is a member of Delta Sigma Theta Sorority, Inc., Sigma Alpha Iota Music Fraternity, the LA State Bar Association and the American Inns of Court.

ADMISSION: Free, but $5 suggested donation. Please register: https://www.eventbrite.com/e/black-women-in-comics-gallery-talk-tickets-98311812277 CCCADI is located at 120 East 125th Street in Manhattan. CCCADI has limited seating capacity so we encourage a prompt arrival. Your registration does not guarantee admission to this program. Seats will be released 15 minutes after the event start time. CCCADI can’t guarantee you a seat and there will be no refunds on donations. *All programs are subject to change