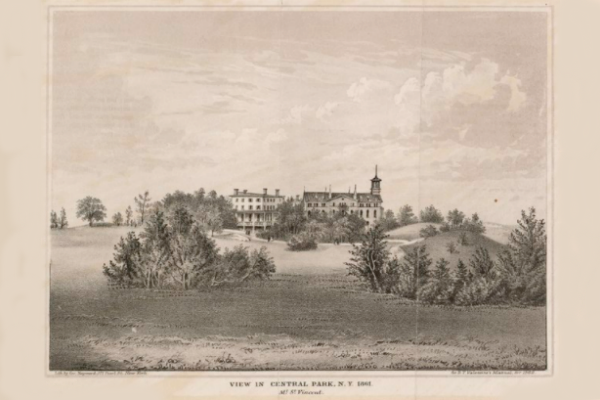 It was founded in 1847 by the Sisters of Charity of New York.

The college was founded in 1847 as the Academy of Mount Saint Vincent, a school for women.

It took its name from Saint Vincent de Paul, the 17th-century French priest who worked with the poor and founded the original Sisters of Charity, and from the geographic high point along Fifth Avenue and 110th Street in Harlem known as McGowan’s Pass.

When New York City began acquiring land for Central Park in 1855, the sisters, under the leadership of Mother Angela Hughes, sister of Archbishop John Hughes, purchased the 70-acre (280,000 m2) “Fonthill”, the estate of famed Shakespearean actor Edwin Forrest, in the Riverdale neighborhood of the Bronx.

On April 25, 1865, the funeral train carrying Abraham Lincoln back to Springfield, Illinois passed by the College.