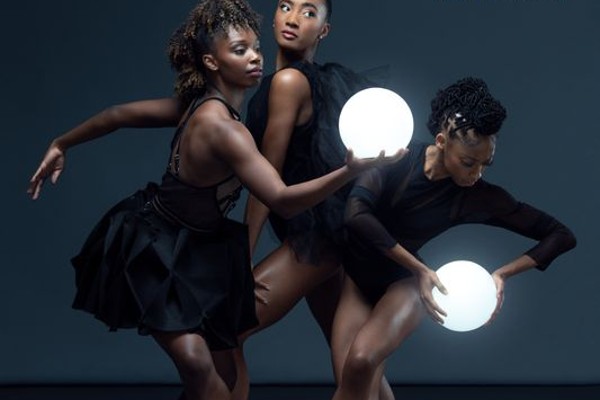 Ailey II is universally renowned for merging the spirit and energy of the country’s best early-career dance talent with the passion and artistry of today’s most outstanding choreographers. Founded in 1974, the company embodies Alvin Ailey’s pioneering mission to establish an extended cultural community that provides dance performances, training, and community programs for all people.

Trained at The Ailey School—and the daughter of the late Denise Jefferson, director of The Ailey School 1984-2010—Francesca Harper brings fresh perspectives to Mr. Ailey’s legacy during her inaugural season.

“It is a privilege to return to the home that shaped me as an artist to accept the honor of leading Ailey II into its next era,” said Artistic Director Francesca Harper. “Ailey II’s mission lies in generating space for human narratives expressed through the strength, grace, and versatility of the next generation of gifted young dancers. As exemplified in this year’s diverse repertory, I am looking forward to bringing in new choreographic voices and programming works that further an ongoing cultural dialogue and contribute to social transformation.”

The New York engagement opens on Wednesday, March 23, 2022, at 7:30 p.m. with Pulse, bringing audience members to the edge of both excitements and wonder with a physicality that moves beyond its familiar limits, to insistent, complex rhythms.

With works by Francesca Harper, William Forsythe, Robert Battle, and Andrea Miller, all artists known for taking chances, Pulse reminds us to take risks and of the undeniable power that lives within us when we do.

The enemy in the Figure is the intensely propulsive central section of Forsythe’s eponymous work. Originally created in Germany (1989) for his ensemble, Ballet Frankfurt, the full work has been performed in major venues across the globe.

Thom Willem’s percussive and rhythmically driving electronic score was the source of the work’s choreographic invention and influenced the radical use of light and shadow in the original stage design.

Enlightened by her Ailey homecoming, Harper’s Freedom Series travels through a landscape of memories creating a series of vignettes that embody and imagine a hybrid world where memory strives to influence the future.

Depicted through this futuristic lens, and adapted in collaboration with Ailey II dancers, Harper’s work examines identity and community. With costumes by designer Elias Gurrola and a score featuring a blend of acoustic and electronic sounds, Freedom Series’ unexpected twists and turns bridge tender moments to its intrinsic ferocity.

On Thursday, March 24, 2022, at 7:30 p.m., Ailey II celebrates Robert Battle’s 10th anniversary with a special performance paying homage to his visionary leadership and Ailey journey, which began in 1999 choreographing Mood Indigo for the second company.

With his signature musical sophistication, Battle juxtaposes the tension of Steve Reich’s “It’s Gonna Rain, Part II” with the healing quality of Renée Fleming and Christoph Eschenbach’s “Nacht Und Träume, D.827,” finding equilibrium between the extremes just as the dancers find the perfect balance in motion.

Other works by Battle featured on the celebratory program include The Hunt, Takademe and company premiere Alleluia (excerpt), which meshes the foot-stomping and hand gestures of the Baptist Church with classical Baroque idioms.

Like Alvin Ailey before him, Battle takes inspiration from his church background in this dance of rebirth that parallels the new life Ailey II is embarking on in its next era.

Dichotomous premieres on Friday, March 25 at 7:30 p.m. with an evening of works curated in the spirit of contrasting elements and voices. From the mellifluous tone of Kathleen Battle’s voice to the powerful drums of Tambour du Bronx, the program encourages audiences to find inspiration and connections within works that at first glance seem to exist in different worlds.

Dichotomous includes Robert Battle’s Alleluia, Searchlight and The Hunt, William Forsythe’s Enemy in the Figure, Francesca Harper’s Freedom Series, and Yannick Lebrun’s Saa Magni (pronounced ‘SAH MAHg-knee’), a passionate duet filled with the angst and fear that comes along with the mourning process.

The program New Lens debuts on Sunday, March 27 at 3 p.m. examining dance under a fresh and intimate lens. From the vigorous physicality of Andrea Miller’s Psūkhe (pronounced ‘pSEE-hee’) to Yannick LeBrun’s poetic ode to French Guiana in Saa Magni and Francesca Harper’s elliptical galaxy in Fly (excerpt of Freedom series), we get a deeper glance into some of the dance world’s current Contemporary voices whose works embody bold, daring, and fresh perspectives.

The dancers of Ailey II come from near and far, including Nicholas Begun, Meagan King, and Amar Smalls (Brooklyn, NY); Elijah Lancaster (Bentonville, Arkansas); and Christopher Taylor, who began his dance journey in the inaugural AileyCamp Newark. New Yorkers have ten chances to see why Dance Magazine hailed Ailey II rising stars as “second to none.”

Tickets starting at $59 are on sale now and can be purchased at www.alvinailey.org/aileyinnyc or by phone at 212-405-9082. Detailed schedule below.

All programs are approximately an hour and 30 minutes, including intermission.

Your health and safety are our top priority. All audience members, including children between the ages of 5 -18, need to wear masks and provide proof of full Covid-19 vaccination (two weeks after receiving a one-dose vaccine or the second dose of a two-dose vaccine). Children under 5 will not be admitted. Read more here about performance COVID-19 protocols.

Founded in 1974 as a bridge between The Ailey School and the professional dance world, Ailey II embodies Alvin Ailey’s pioneering mission to establish an extended cultural community that provides dance performances, training, and community programs for all people.

Ailey II flourished into one of the most popular dance companies in the country under the leadership of Sylvia Waters from 1974-2012, combining a rigorous touring schedule with extensive community outreach programs.

With Artistic Director Francesca Harper at the helm, Ailey II continues to thrive as she brings a fresh dimension to this beloved company. For more information, visit www.alvinailey.org/ailey-ii.