The Cathedral Of St. John The Divine Celebrates The Legacy Of Archbishop Desmond Tutu With Memorial Service 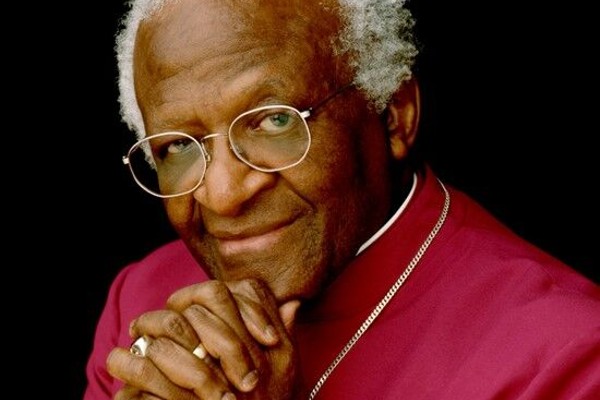 The Cathedral of St. John the Divine, joining with global activists, clergy, and revolutionary thinkers, will celebrate the life and legacy of The Most Reverend Archbishop Desmond Tutu.

The service will be live-streamed, with limited in-person attendance.

Archbishop Tutu, known throughout the world for preaching a Gospel of radical reconciliation and truth-telling, first spoke at the Cathedral of St. John the Divine in 1986 to thank Americans for protesting against apartheid, and to raise awareness for South African refugee funds.

After the Archbishop’s passing in December 2021, the world mourned the loss of this great human rights activist and theologian, with politicians and activists joining with outpourings of remembrance.

In honor of Archbishop Tutu’s legacy and memory, the Cathedral’s memorial service will include a sermon by The Most Reverend Michael Curry, Presiding Bishop of The Episcopal Church.

Due to the ongoing pandemic and Cathedral construction work, in-person attendance for the memorial will be limited.

The memorial will be live-streamed on the Cathedral’s website, Facebook page, and YouTube channel for all to participate in this tribute to Archbishop Tutu’s prophetic voice for justice. 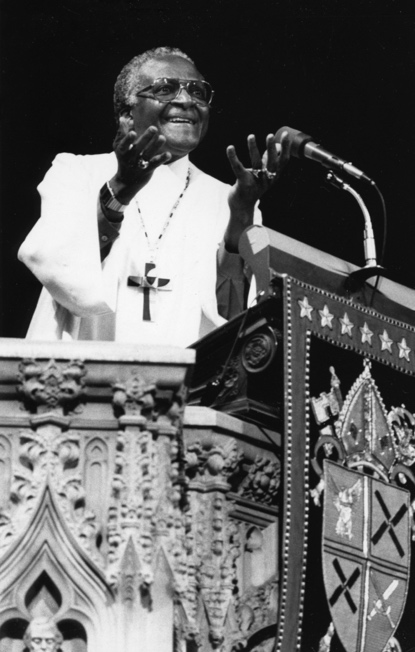 Desmond Tutu was born in Klerksdorp, Transvaal, South Africa in 1931 of mixed Xhosa and Tswana descent, and he has ordained an Anglican priest in 1961.

He went to Britain for further studies in 1962, receiving a Master’s degree in theology from King’s College, London in 1966.

On his return, he became a lecturer in the seminaries in the Cape and then in Lesotho. He left for Britain again to become Associate Director of the World Council of Churches from 1972 to 1975.

His subsequent appointment as Dean of Johannesburg in 1975 was so offensive to many White Anglicans in South Africa that he was removed, becoming Bishop of Lesotho in 1976.

As secretary-general to the South African Council of Churches from 1978 to 1985, he used his position to become the most outspoken opponent of the apartheid regime during the 1980s.

He was confirmed in this role through the award of the Nobel Peace Prize in 1984.

He became Bishop of Johannesburg in 1985, and in 1986 he became the first black to be elected to the highest Anglican see in the country, the Archbishopric of Cape Town.

Always demanding the release of Nelson Mandela, he effortlessly changed his role from arch-critic to arch-conscience of the nation after Mandela’s release in 1990, without fear of even occasionally criticizing Mandela himself.

Perhaps the only South African, second to Mandela, to enjoy the near-universal confidence of all sections of the population, he was appointed head of the Truth Commission set up in 1995 to investigate human rights violations committed since the Sharpeville massacre of 1960.

During the COVID-19 pandemic, the Cathedral has responded to changing needs in the local community and across the city and state.