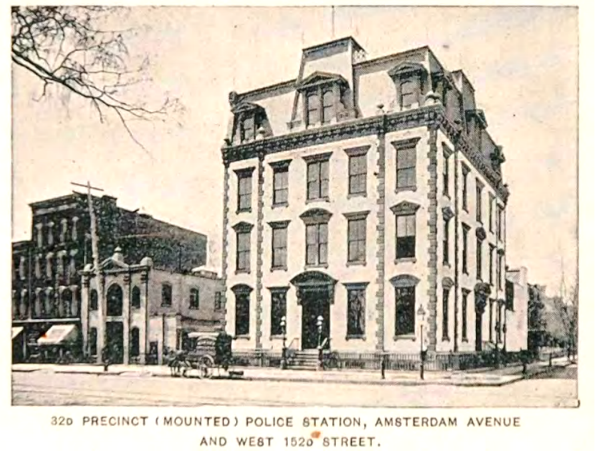 Gov. Andrew Cuomo announced on Friday that the New York State Board for Historic Preservation has recommended adding 18 properties, resources, and districts to the State and National Registers of Historic Places. The new nominations include the former 32nd Precinct Station House complex at 1845 Amsterdam Avenue at West 152nd Street in Harlem and many other nominated places throughout the state.

The 32nd Precinct Station House complex later known as the 40th Precinct and the 30th Precinct, was built in 1871-1872. The French Second Empire station house building reflects the city’s investment in erecting handsome and well-equipped police stations that would serve the needs of the precinct’s police officers while symbolizing civic focus in the neighborhood.

Of the new recommendations, Governor Cuomo said, “These historic locations highlight so much of what it is exceptional and exciting about New York’s history and honor the legacy of some of the state’s most distinguished leaders. By placing these landmarks on the State and National Registers of Historic Places, we are helping to ensure these places and their caretakers have the funding needed to preserve, improve and promote the best of the Empire State.”

6sqft reports on the other recommended historical landmarks here.