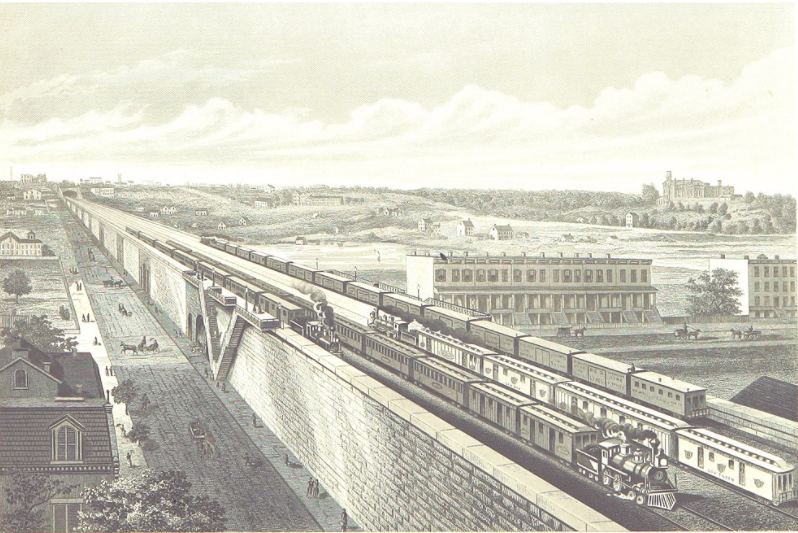 The 110th Street station was a station located on the Metro-North Railroad’s Park Avenue Viaduct in East Harlem, New York.

It was located at Park Avenue and 110th Street in Harlem, New York.

This station opened on May 15, 1876, with the introduction of partial rapid transit on the Harlem Line, with sixteen trains a day running between Grand Central Depot and William’s Bridge.

On the same date, the 86th Street station opened, and while that station was exclusively served by the rapid transit service, some trains express to Golden’s Bridge stopped here.

By 1904, this station was only served by local trains.

This station was rebuilt in 1896-1897 as the line’s grade was raised onto iron girders.

The viaduct and new station opened in February 1897.

On April 24, 1906, the New York Central applied to the New York State Board of Railroad Commissioners for permission to discontinue service at the 110th Street station in Harlem.

However, it closed on June 17, 1906. This station and the 86th Street station were the only two stations between 125th Street and Grand Central to receive regular passenger service.

The 110th Street station was partially built within the viaduct. The station’s waiting room was built into the northern side of the bridge over 110th Street and was located at street level.

From the waiting room, two staircases went up along the side of the viaduct’s retaining walls–one per side–to the side platforms atop the viaduct. 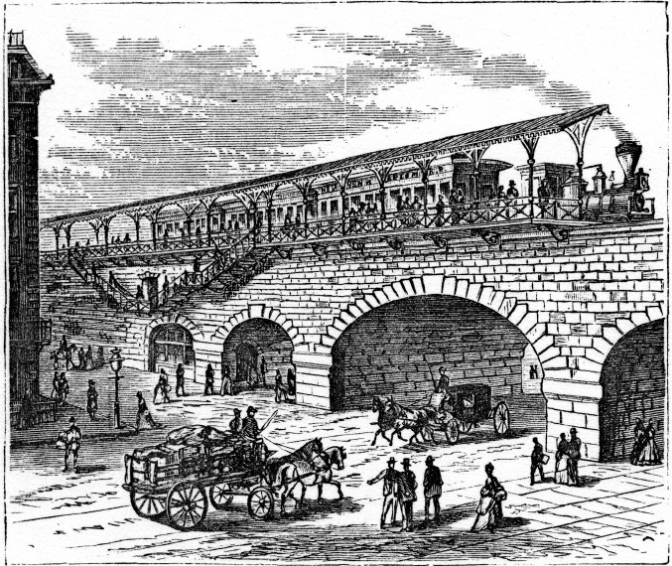 The station was located on the viaduct about .75 miles (1.21 km) north of the Park Avenue Tunnel.