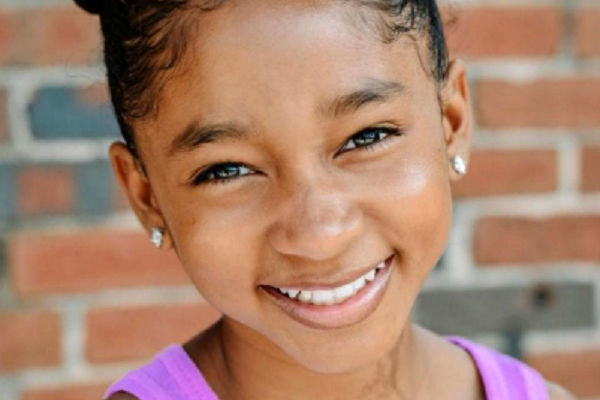 Said Lay Lay: “I’m so excited to be joining the Nickelodeon family! I grew up watching Nick and this opportunity is seriously a dream come true. I have the best fans in the world, and I can’t wait to take them on this journey with me.”

Nickelodeon’s comprehensive strategy for Lay Lay includes developing content for all Nickelodeon platforms, supporting her music career, and an exclusive line of consumer products with merchandising agreements spanning categories such as fashion, accessories, publishing, and more.

Houston, Texas native Lay Lay has taken the world by storm with her infectious energy and sharp rhymes. With millions of views across her social media channels, Lay Lay has been writing, producing, rapping, and singing since the age of five. The musical prodigy has dazzled famous fans like Nick Cannon and Le’Veon Bell with her viral freestyle raps.

At age 11, Lay Lay became the youngest female rapper to sign a recording deal via her very own Fresh Rebel Muzik/EMPIRE imprint. In September 2018, Lay Lay released her debut project Tha Cheat Code following a performance on The Ellen DeGeneres Show. The following year, she released the deluxe version of Tha Cheat Code Reloaded featuring smash hits “Mama” and “Supersize XL” that have together amassed close to 60 million views on YouTube. With TV appearances, national ad campaigns and book deals firmly under her belt, the sky is the limit for this talented young star.

Lay Lay was represented in the deal by Acie High and Eric Mitchell of Fresh Rebel Muzik, Ben Meiselas of Geragos & Geragos, APC, and Jeffrey Levin of Jeffrey Oscar Inc.

Nickelodeon, now in its 41st year, is the number-one entertainment brand for kids. It has built a diverse, global business by putting kids first in everything it does. The brand includes television programming and production in the United States and around the world, plus consumer products, digital, location-based experiences, publishing and feature films.

With properties spanning animation, live-action, preschool, youth and adult, VCP is committed to creating the highest quality product for some of the world’s most beloved, iconic franchises. Additionally, VCP oversees the online direct-to-consumer business for CBS and Showtime programming merchandise, as well as standalone branded ecommerce websites for Star Trek, SpongeBob, South Park, and MTV.