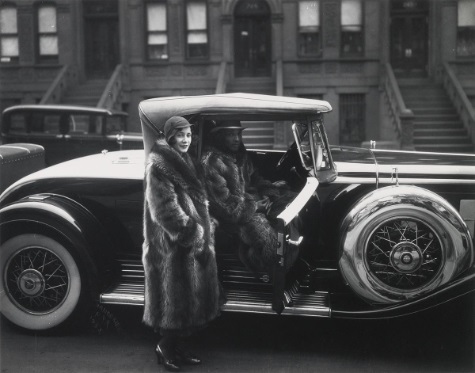 TEDxHarlem takes place August 21st, 2019, at Mist Harlem. TEDxHarlem is a one-day event that will feature speaker sessions. The best of Harlem will talk about professional development, money management, health and wellness, entrepreneurship, small business, branding and much more.

“We are excited to showcase thought leaders who are change agents in the Harlem and New York City,” said Kimberly Gray, TEDxHarlem Partnerships/Sponsorship. In the spirit of “ideas worth spreading, TED has created TEDx. TEDx is a program of local, self-organized events that bring people together to share a TED-like experience.”

Clayton Banks is the CEO and co-founder of Silicon Harlem whose goal is to combine technology and innovation with affordable connectivity that can enable a sustainable economic engine in emerging communities across the United States. Under his leadership, Silicon Harlem has attracted over $50 million dollars into upper Manhattan for advanced infrastructure research and test-bedding. Banks has established critical programs based on science, technology, engineering, and mathematics (STEM) in public schools and several non-profits in Upper Manhattan to prepare citizens for 21st-century jobs and careers.

Arva is President & CEO of the New York Urban League (NYUL) and organization that has a rich history and a long legacy of service to New Yorkers. NYUL is leading the way underserved African-Americans are educated, employed and empowered across the 5 boroughs of New York City. For the past 100 years, NYUL has inspired, influenced and ignited over 1 million black people to achieve their highest aspirations. Arva is a Commissioner for the NYC Equal Employment Practices Commission. She is also a member of the Women’s Forum and Greater New York Chapter of The Links Incorporated. She is on the Board of Trustees of First Corinthians Baptist Church and a Commissioner for Mayor Bill DeBlasio’s Commission on Gender Equity.

Rema is the proud Founder/Executive Director of On Broadway Performing Arts Training Program in Harlem ). For young people, ages 4 to 17, On Broadway provides training acting, singing and technical theatre, and the opportunity for young people to be mentored by current professionals in Film, TV and on the Broadway stage.. Currently starring in Disney’s ( in conjunction with The Public Theatre), Hercules, Rema recently appeared in John Doyle’s Off-Broadway production of The Cradle Will Rock

at the Classic Stage Company. Broadway credits include: Escape to Margaritaville, The Color Purple, Violet, The Lion King

, The Book of Mormon, and Ragtime.

Ash Exantus aka Ash Cash is a 15-year banking executive, personal finance expert, motivational speaker, and the author of six books, including three Amazon.com bestsellers. He is the founder and Chief Financial Educator at MindRight Money Management, a Financial Education and Media company that blends psychology and personal finance with music, pop culture and relevant news to help people manage their money better in order to live the life that they want. He is also a Financial teacher as well as a Leadership Council member of the World of Money Financial Institute, a 501(c)(3) non-profit organization whose mission is to empower youth with an immersive financial and technology education, creating financially responsible adults one child at a time.

Michelle Hope is a dedicated Sexologist, educator and activist with a Master’s degree in Human Development and extensive post-graduate training in sexuality. As a veteran speaker, Michelle has over 15 years of experience delivering impactful informative lectures and training across the nation. She believes as though her work, in marginalized urban communities, has provided her with deep insight and comprehension of the holistic implications of sexuality on one’s life.

“It is an incredible opportunity to bring the unique culture of Harlem to the most recognized speaker series brand in the world. There are so many beautiful parts to this community that everyone should have the opportunity to experience.” Says Dr. Dan Young, Director of the Business Administration program at Goldey-Beacom College and co-organizer of the event.

The Harlem event is called TEDxHarlem, where x = independently organized TED event. At TEDxHarlem, TED Talks video and live speakers will combine to spark deep discussion and connection in a small group. TEDxHarlem is an independent TEDx event operated under a license issued by TED and is open to the public.

“The opportunity to organize a TEDx Event in Harlem featuring ideas from a select few of the amazing stakeholders that call the village of Harlem home is an incredible honor and privilege”, said Kenneth Johnson, TEDxHarlem Organizer.

Early Bird ticket pricing will be $35 until August 21st at 8:00am.  Then, ticket price increases to $65.  So, get your early bird tickets while they are available!