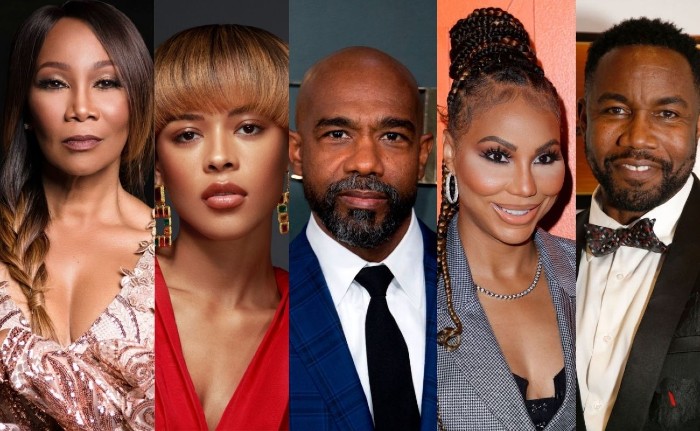 Denita Jordan is the Queen of Gospel Music at First Kingdom Church and Kingdom Records in Atlanta.

A superstar whose music has been heard around the world, she is determined to guard her family and its many secrets at all costs.

Her husband Calvin Jordan may be the Bishop at the First Kingdom, but Denita is the true leader, and she has little tolerance for insurrection among her family and employees (and ex-employees).

Suddenly, there is a new powerhouse performer on the Atlanta gospel scene — a young pole dancer, Rbel, whose talent and pedigree may bring her closer to God and gold than she ever imagined.

BET+ is a premium online streaming service with exclusive originals and thousands of TV episodes and movies from the best Black creators.

The new service from BET Networks, a subsidiary of ViacomCBS Inc., is the official home of Tyler Perry’s film, TV, and stage works.

The ad-free subscription video-on-demand service also provides users with access to original content from the likes of Will Packer, Tracy Oliver, and many more. Visit BET.com/BETPlus to learn more.

BET Networks, a subsidiary of ViacomCBS Inc., is the nation’s leading provider of quality entertainment, music, news, and public affairs television programming for the African-American audience.

The primary BET channel is in nearly 90 million households and can be seen in the United States, Canada, the Caribbean, the United Kingdom, sub-Saharan Africa, and France.