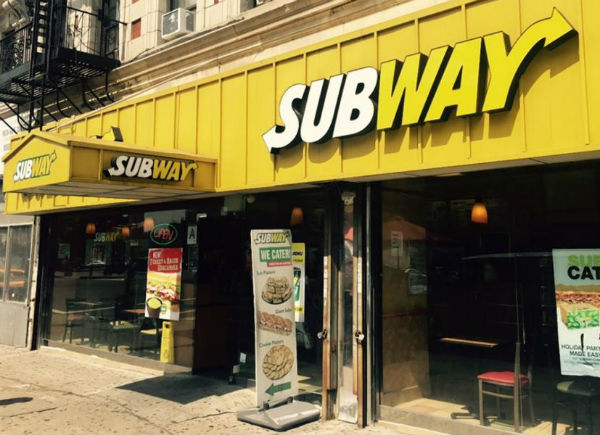 With a number of Subway’s in Harlem, it was news when Subway has been slapped with a lawsuit alleging that its tuna salad doesn’t really contain any actual tuna. The class action suit — filed by two California residents — goes after the sandwich chain with a myriad of claims: fraud, intentional misrepresentation, unjust enrichment, false advertising, and unfair competition. In short, the suit claims Subway’s subs and wraps for “completely bereft of tuna as an ingredient.”

The suit maintains that Subway “packaged, advertised, marketed, distributed and sold the Products to consumers” based on the “misrepresentation that the products were manufactured with tuna.” The plaintiffs go on to claim that independent testing revealed that “the filling in the Products has no scintilla of tuna at all, (but) are made from a mixture of various concoctions that do not constitute tuna, yet have been blended together … to imitate the appearance of tuna.”

The plaintiffs also claim that if “consumers (knew) the Products actually lacked tuna, they would not have purchased the Products or would have paid significantly less (than Subway’s $6.99 for a footlong tuna sub) for them.”

As you might expect, Subway considers the lawsuit flimsy.

“There simply is no truth to the allegations in the complaint that was filed in California. Subway delivers 100 percent cooked tuna to its restaurants, which is mixed with mayonnaise and used in freshly made sandwiches, wraps, and salads that are served to and enjoyed by our guests,” spokesperson Maggie Truax told USA Today.

The company called the lawsuit’s accusations “baseless” and said they “threaten to damage our franchisees, small business owners who work tirelessly to uphold the high standards that Subway sets for all of its products, including its tuna.”

When is “tuna” really “tuna”? The lawsuit doesn’t get into the minutiae of what is and what isn’t tuna, only saying that Subway’s tuna is not. The plaintiffs say the product is an “entirely non-tuna-based mixture that Defendants blended to resemble tuna and imitate its texture.” However, Truax defended Subway in her statement, saying the company uses “wild-caught tuna.”

“Flaked tuna” is not chunk tuna or solid tuna, but rather the leftover pieces that tend to be very small fragments of the loin, according to Precision Nutrition’s Encyclopedia of Foods.

The plaintiffs are requesting class-action status for their lawsuit and want to tell their story in front of a jury.