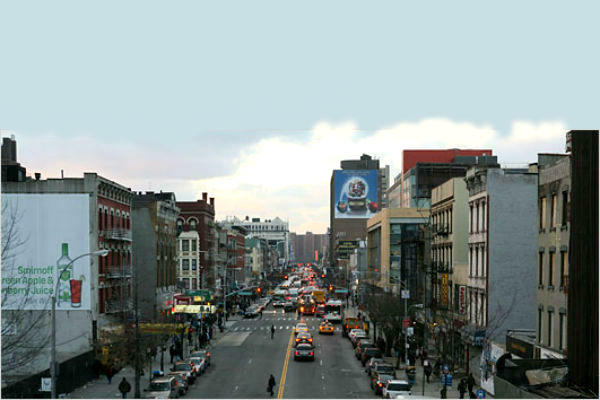 Harlem is a neighborhood bounded on nearly all sides by highways, which presents health risks for students at local schools, a new report says.

Twenty-one schools in Harlem are located within at least 500 feet of a highway, truck route or other major road, according to a Localize.city report released this week. The proximity puts kids at a higher risk of health problems linked to long-term exposure to traffic pollution, such as impaired lung development and cancer, the home-search platform’s report says.

The at-risk schools include both public schools and charters. Most are located near the FDR Drife and Harlem River Drive, but some are on the West Side of Harlem near the Henry Hudson Parkway. Many of the schools on the report also share buildings, such as PS 138 and PS 30 Hernandez/Hughes and the schools co-located in the historic Benjamin Franklin High School building on East Harlem’s Pleasant Avenue.

Here’s a list of the Harlem schools included in Localize.city‘s report:

In total, there are 244 schools in New York City that are threatened by pollutants from cars on major roadways.

The U.S. Environmental Protection Agency has found health risks linked to vehicular pollution, which could have academic consequences. Students who move to a school with more pollution from traffic saw a drop in test scores, according to a National Bureau of Economic Research study that Localize.city cited.

Click here to view the map of public schools near polluting highways.