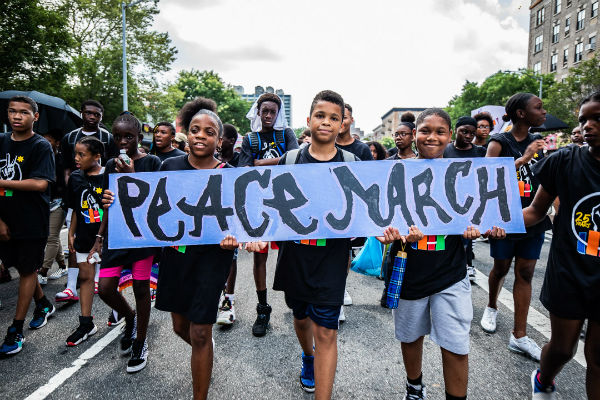 On Wednesday, August 7th, 2019, a rally was held at Harlem Armory with an estimated 4,000 Harlem Children’s Zone students, parents, staff, leadership, and community partners who attended with children from all HCZ programs, ranging in age from 3 to 23 years old, participating. 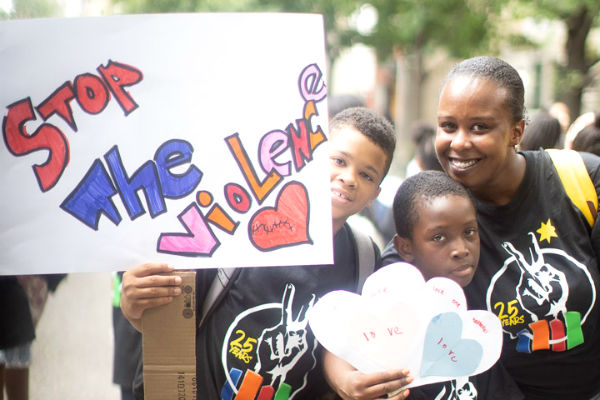 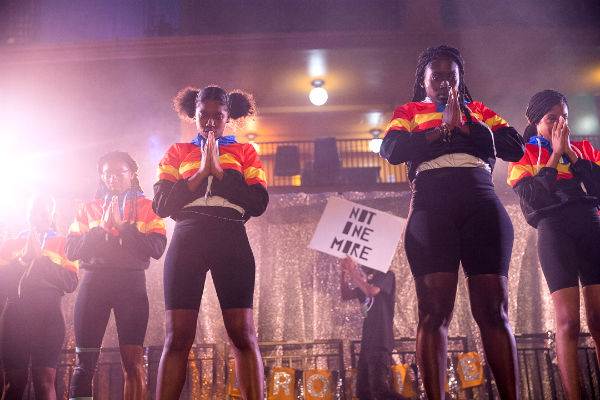 In the 1990s, an elementary-school girl was shot by a stray bullet while in her Harlem apartment. Staff noticed that when she returned to school, the incident went unacknowledged as if the neighborhood were accepting violence as the norm. To counter that, the staff and students organized the Children’s March for Peace, denouncing violence in all its forms. This year, citing the country’s recent mass shootings and heated political climate, HCZ leaders encouraged the children that the key to peace is within each of us; that they must take the initiative to become social-justice advocates and continually call for peace and positive change in their community, city, and country. The event was a culmination of the organization’s efforts to teach children conflict resolution, to live peacefully, and is a living example of the positive, creative things children can do with their energy if given the opportunity. This year’s theme was “A Call to Action” and students gave a tribute to Harlem’s history and anti-violence movements of the past. 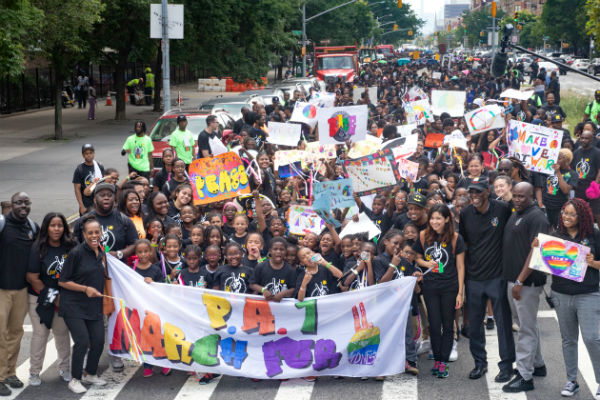 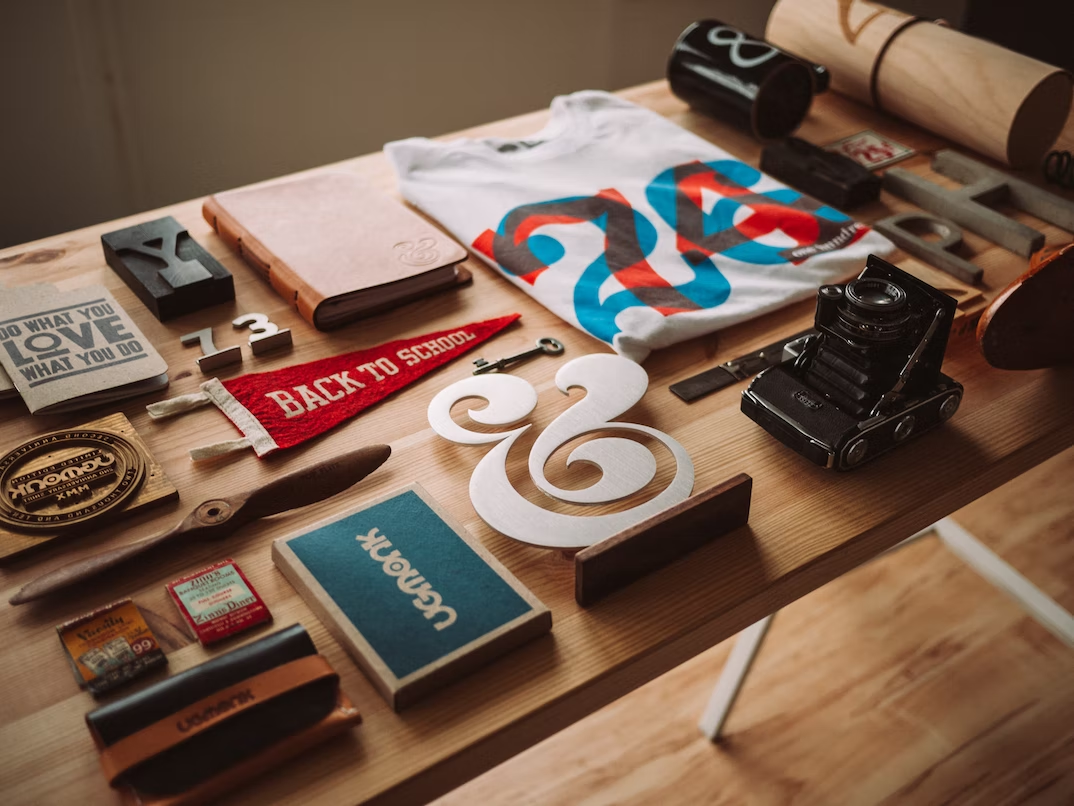