Strawberries Have Highest Traces Of Pesticides Among All Fruits And Vegetables 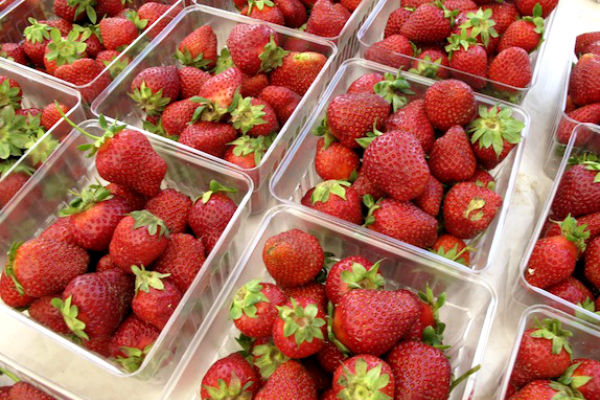 This year, strawberries held onto the number one spot for having the highest traces of pesticides.

Bell peppers and hot peppers were a new addition to the list, as were collard and mustard greens.

The group said the following 12 fruits and vegetables had the highest traces of pesticide residue based on tests.

The EWG has released its “Dirty Dozen” list each year since 2004. The nonprofit bases its ranking on samples taken by the U.S. Department of Agriculture (USDA) and the U.S. Food and Drug Administration (FDA).

Using the same data, the EWG created another list called the “Clean Fifteen,” which names the products found to contain the lowest traces of pesticides.

Avocados and sweet corn claimed the top two spots on the list, with fewer than 2 percent of samples turning up any detectable pesticides.

The “Dirty Dozen” list shouldn’t deter consumers from eating the products mentioned on it, especially in light of a CDC analysis which found that only 1 in 10 adults consume enough fruits and vegetables.

Research has suggested that the amounts of pesticide referenced in the EWG’s annual ranking are still well below federal guidelines, and the USDA and EPA work with other agencies to ensure that all produce — whether organic or conventionally grown — is safe to eat.

However, consumers who want to reduce their pesticide exposure can shop for organically grown versions of vegetables and fruits whenever possible.

Another option is to opt for the frozen version of fruits and veggies. Experts say frozen fruits and vegetables are just as fresh and nutritious as their non-frozen counterparts report Consumer Reports.

“Whether organic or conventionally grown, fruits and vegetables are critical components of a healthy diet,” said Thomas Galligan, Ph.D., a EWG toxicologist. “We urge consumers who are concerned about their pesticide intake to consider, when possible, purchasing organically grown versions of the foods on EWG’s Dirty Dozen, or conventional produce from our Clean Fifteen.”