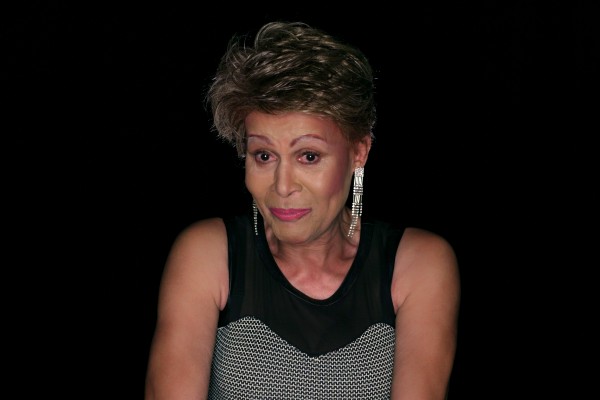 Airing Monday, April 5, at 8 p.m. ET (5 p.m. PT), on WORLD Channel and worldchannel.org, the film presents an intimate portrait of Gloria Allen, a pioneering Black trans icon in Chicago who is still making waves in her golden years.

Presented and executive produced by Black Public Media and WORLD Channel, AfroPoP offers public media viewers a window into contemporary stories from across the modern African Diaspora. The series is co-presented by American Public Television (APT).

Vivacious, stylish, warm, and humorous, Allen takes audiences along as she makes her way through her daily life while also reminiscing about her trailblazing history as a transgender woman, activist and nurturer of trans youth.

Born George in 1940s Chicago to a Jet centerfold model mother and a seamstress grandmother who made costumes for cross-dressing performers in the midwestern city, Allen’s family recognized and supported her true self when she was a child.

Just as their love and acceptance helped Gloria find her way in the world, she aims to be a source of warmth and community for others. The charm school she started in 2011 served trans and other LGBTQ+ youth in need of guidance.

Fisher’s film, inspired by her daughter who identifies as transgender, is a beautiful tribute to Allen and presents audiences with an important look at life and issues within the Black LGBTQ+ community.

“We are truly delighted to be able to bring Mama Gloria to viewers nationwide as part of season 13 of AfroPoP,” said Leslie Fields-Cruz, AfroPoP executive producer. “At a time when the power and accomplishments of Black women are being acknowledged like never before, Luchina Fisher’s film helps shine a spotlight on a true pioneer who deserves to be recognized and celebrated by all.”

New episodes of AfroPoP will air and stream on WORLD Channel and worldchannel.org each week from April 5 through May 3.

The season closes on May 3 with Bakosó: Afrobeats of Cuba, as filmmaker Eli Jacobs-Fantuzzi journeys to Santiago de Cuba with music producer DJ Jigüe to explore the city’s historical connections to Africa, modern ties to the continent’s afrobeats scene, and the burgeoning musical genre known as bakosó.

APT will release AfroPoP season 13 to public television stations nationwide on Saturday, May 1, following the premiere on WORLD Channel.

For more on the new season of AfroPoP: The Ultimate Cultural Exchange, visit blackpublicmedia.org or worldchannel.org. For viewing information, check local listings or visit APTonline.org.

Black Public Media (BPM) is committed to enriching our democracy by educating, enlightening, empowering and engaging the American public about the Black experience.

Founded in 1979, the nonprofit pursues its mission by developing, producing, and distributing innovative Black media content through public media outlets and by investing in visionary Black content makers. For more information, visit blackpublicmedia.org.

Its original work has won a Peabody Award, an Alfred I. duPont-Columbia Award, a National News and Documentary Emmy Award and many others honoring diversity of content and makers.

WORLD is carried by 176 member stations in markets representing over 70% of US TV households. Funding for WORLD Channel is provided by the Corporation for Public Broadcasting, the John D. and Catherine T. MacArthur Foundation, Wyncote Foundation and the National Endowment for the Arts and Artworks.

WORLD is produced by GBH in partnership with WNET and is distributed by American Public Television (APT). Find out more at WORLDChannel.org.