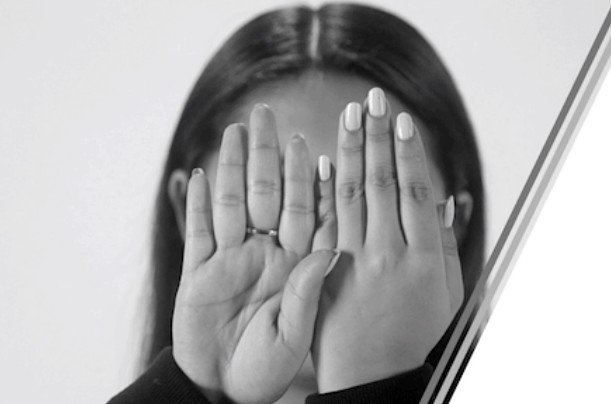 DREAMing Out Loud is an anthology tackling themes of isolation, community, and the day-to-day lives of the diverse and essential immigrant population from across New York City.

You can learn more about the program and the anthology at pen.org/dreaming-out-loud.

With support from the Mayor’s Office of Media and Entertainment (MOME), DREAMing Out Loud provides a workshop series for young migrant writers including those who are undocumented DACA recipients, or DREAMers, who came to the United States when they were children.

The nearly 50 entries span genres and styles, together painting portraits of survival and family, women’s rights and feminism, love and queerness, statelessness and belonging, and more.

“In my experience in the DREAMing Out Loud program, I was able to connect with fellow migrant creative writers in a time where solitude was profuse. Not only did the virtual space become a community for expansive vulnerability and play, but as an artist, my artistry grew with excitement at opportunities the form of the play holds. Art, here, is being understood as both imaginative and real in details, narratives, and dialogues that reflect ourselves and our communities.

As a writer in Harlem, I very much believe in the rhythm and sensory power in the air of the neighborhood.

This program highlighted storytelling through playwriting while creating the safe space to fearlessly share textures of our surroundings, images of our future legacies, and honoring the ancestry that we have arrived from. Concretizing these stories and visions became clearly important in times where our voices and experiences are silenced or invisible. As a writer in Harlem, I very much believe in the rhythm and sensory power in the air of the neighborhood.

The play I had the opportunity to develop is centered and travels (swims) from a mystical matriarchal island to the city where the elder character, Buela, shares her origin and memory of the beauty and pain of Uptown and the city,” said Valentina De Roca Fuerte

The whole experience at the workshop was so important to me as a Latin immigrant woman living in East Harlem, considering that I am not a native English or Spanish speaker.

East Harlem’s Márcia, or DreaMar said “I am so proud to be part of the DREAMing Out Loud program! The whole experience at the workshop was so important to me as a Latin immigrant woman living in East Harlem, considering that I am not a native English or Spanish speaker. Expressing my ideas with teachers and colleagues has helped me to develop my writing (especially, showing and getting critical feedback), and it’s a connection with the place where I choose to live. Even if my product is not great, the process of creative writing has been a rescue for my soul. It brought me on track again–about who I am as an artist and an academic, who has been working and thinking in the intersection of images and words.”

“Taken together, these writings reveal key truths of growing up as a migrant in America and in New York City,” said PEN America’s Nicole Gervasio. “We’re at a critical turning point in this city and in the country, as the nation struggles its way out of a pandemic and continues to mistreat those who come seeking new journeys in the United States. These writings are the product of months of mentorship, workshopping, and more broadly camaraderie among writers who share extraordinary backgrounds and lives.”

Related:  "Rao's Recipes From The Neighborhood," By Frank Pellegrino From East Harlem

“We are proud to support PEN America’s DREAMING Out Loud program, which provides DREAMers the ability to showcase their work and gain access to opportunities within the publishing industry,” said the Commissioner of the Mayor’s Office of Media and Entertainment, Anne del Castillo. “The latest anthology, chronicling the rich diversity of American life, is a testament to the determination, creativity and perseverance of the human spirit under the most challenging of circumstances.”

By providing community and professional support to the next generation of immigrant writers, the program seeks to counter anti-immigrant sentiment in the U.S. and to amplify the voices of many living in this country who are marginalized because of their immigration status.

Since 2016, the program has been led by writer Álvaro Enrigue. In addition to the anthology, works from this year’s DREAMing Out Loud cohort were also featured as part of the 2021 PEN America World Voices Festival of International Literature.

PEN America stands at the intersection of literature and human rights to protect free expression in the United States and worldwide.

The organization champions the freedom to write, recognizing the power of the word to transform the world. Their mission is to unite writers and their allies to celebrate creative expression and defend the liberties that make it possible.

Related:  Harlem Chef Turns So, So Dish Into Mouthwatering-ish

In 2019, the creative industries accounted for more than 500,000 local jobs and annually, have an economic impact of $150 billion.

MOME comprises four divisions: The Office of Film, Theatre, and Broadcasting; NYC Media; the Office of Nightlife; and educational and workforce development initiatives.