Steven Spielberg Starts Shooting The Fabulous, The Incredible West Side Story In Harlem 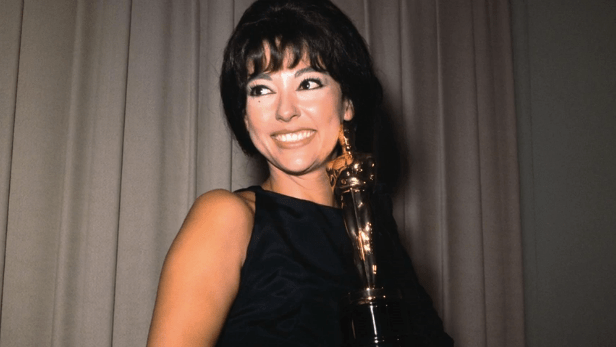 Steven Spielberg is pictured in Harlem on Saturday shooting the second film of the 1957 Broadway musical West Side Story reports Daily Mial.

The show was first adapted into a 1961 movie that became a massive box office smash and won 10 Academy Awards including Best Director and Best Picture.

In on-set snaps from the new version, Mike Faist as Riff was seen leading his New York street gang in their introductory number The Jet Song.

With a book by Arthur Laurents

, lyrics by newbie Stephen Sondheim and music by Leonard Bernstein, the original show was adapted from Romeo And Juliet.

In place of the Capulet and Montague families, the plot concerns a conflict between rival gangs, the Puerto Rican Sharks and the white Jets.

‘When you’re a Jet, you’re a Jet all the way, from your first cigarette, to your last dyin’ day,’ Riff explains at the start of the song being filmed this weekend.

The Romeo character Tony is a member of the Jets, while his Juliet, Maria, is the younger sister of the head of the Sharks.

Ansel Elgort and Rachel Zegler have been cast respectively as Tony and Maria in a cast that includes Broadway veteran Ariana DeBose as the leading lady’s pal Anita.

fixture who earned a Tony nomination for his supporting role in the 2016 musical Dear Evan Hansen.

, who won an Academy Award as Anita in the original 1961 film of West Side Story, has been brought back in a different part for the Spielberg version.

Her new character Valentina is a revamped version of the character Doc from the stage and original screen version, Deadline reported last year.

In the stage version and the 1961 film, Tony works at a drugstore owned by Doc – whose role has been enlarged for that of Valentina.

directed and choreographed the original Broadway production, which opened to decent success in the 1950s.

In the new snaps from the Spielberg version, the choreography has echoes of the Jet Song dance moves from the 1957 Broadway production and the first film.

The 1961 movie was co-directed by Robert Wise and Jerome, the latter of whom was brought in to helm the musical numbers but fired during production.

Carol Lawrence, Broadway’s original Maria, told NPR that Jerry Robbins ‘brought this Method-acting technique into the show where he deliberately tried to foment animosity, antagonism, between the two opposing gangs, both on stage and off stage. They weren’t allowed to eat together. They were not supposed to socialize.’

Stephen, who worked with Jerry more than once, described him as ‘very unpleasant, paranoid, suspicious’ to the New York Times in 2000, two years after Jerry’s death.

‘I can’t even say that I miss Jerry – I miss Jerry’s impact on shows,’ he bluntly told the newspaper’s former theater critic Frank Rich.

The stage run of West Side Story

did fairly well commercially, but it was the movie’s success that gave the material its current cachet.