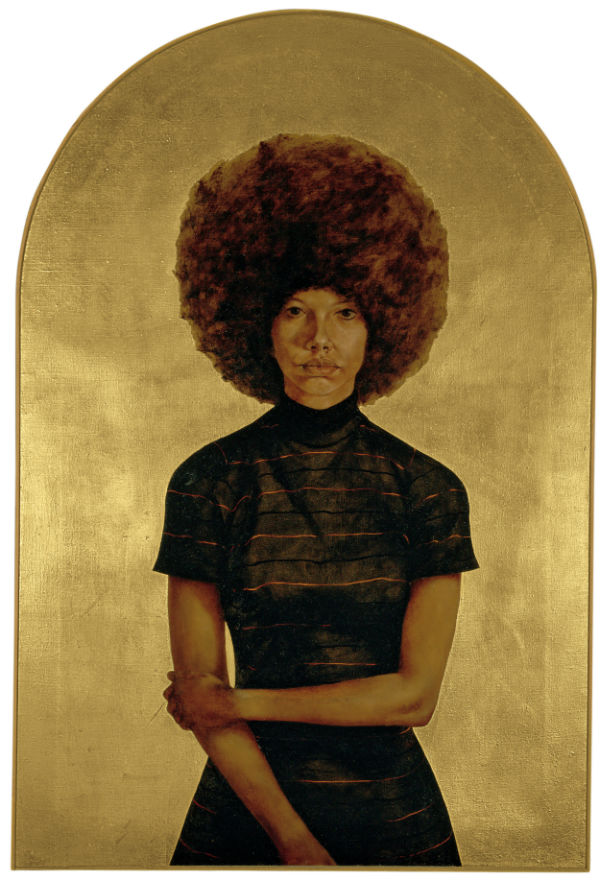 The Studio Museum in Harlem and AFA -American Federation of Arts, have begun a national tour. AFA a non-profit organization founded in 1909 with the mission to simply bring the museum to the people, has collaborated with The Studio Museum of Harlem. The tour began in January and will be traveling internationally to bring an enriching experience to the public with a candid, vivid and enriching art exhibition.

The Studio Museum of Harlem founded in 1968 by a diverse group of artists, community activists and philanthropist, the museum has a reputation of promoting works of local artists of African descent. will be celebrating their 50th. Anniversary shortly as they prepare for their new building which is currently under renovations. As an educator and cultural and historical preserver, the museum has a deep history and relationship of supporting its community artists. While the Studio Museum is currently closed, the Museum has opened Studio Museum 127, a temporary program space located at 429 West 127 Street.

The SVA Theater recently held a candid panel discussion to celebrate the national exhibition tour, speaking with artists Steffani Jemison an artist based in Brooklyn, NY her work uses time-based, photographic and discursive platformed to examine “progress” and its alternatives; artist Robert Pruitt from Houston Texas currently lives and works in NYC, received his B.F.A. from Texas Southern University (2000) and a M.F.A from the University of Texas at Austin (2003) is a founding member of the Houston Artist Collective Otabenga Jones & Associates and was awarded residencies at the Bemis Center for Contemporary Art (2015) and the Joan Mitchell Center in New Orleans (2016). The evening was not your usual discussion with images then a question and answer from the audience. The evening was a simple conversation amongst friends, according to communications manager Shawna C. Gallancy

The event was curated by Larry Ossei-Mensah an American curator and cultural critic who uses contemporary art as a vehicle to redefine how we see ourselves and the world around us. Larry was more than proud to be avail for this event. Larry noted “these events allow me to network, to build relations-I pay out of my pocket simply to speak at events that keep me engaged, it’s an investment in my own career. Co-curator Connie H. Choi, Permanent Collection at The Studio Museum in Harlem, has worked on the Black Refractions: Highlights from The Studio Museum in Harlem was an assistant at the Brooklyn Museum. She is a Ph.D. candidate in art history at Columbia university and received a B.A. in the history of art from Yale University and an Ed.M. in arts education from Harvard University.

According to Pauline Willis, Director & CEO American Federation of Arts, “The American Federation of Arts is incredibly proud of our work to create the traveling exhibition Black Refractions in collaboration with The Studio Museum in Harlem. Over the course of the six venue national exhibition tour, the show will provide a first-hand experience of The Studio Museum’s collection to many who would not otherwise have access. We also felt it was very important to have an expanded dialogue about the significance of this exhibition here in New York City, which led the AFA to organize the panel discussion at the SVA Theatre that brought together the voices of artists and curators involved with the project.”

Black Refractions Highlights from The Studio Museum in Harlem, is most proud to give a platform to artists of color that may not have the opportunity elsewhere. The mission to not only support the local artist of African descent but to help promote, inspire and to discovery these artists is what drives the mission of the museum, according to Connie.

The artists on hand not only praised the museum’s initiatives but spoke of the artistic community, which supports each other. Robert’s views on images are to stay inspired and innovative, stay open to new influences-comics and science fiction, aids in his creativity. While Steffani uses people, relations, experiences, younger artists and new energetic ideas in order to stay inspired-with a motto “what’s it for and who’s it for”.

Curator Connie H. Choi notes “The Studio Museum in Harlem was founded on a deep commitment to creating an institution in Harlem that foregrounded the role of artists and education.1968, a watershed year in U.S. history that included major discussions regarding the struggles of disenfranchised peoples around the world and the place of black artists in the art world. Black Refractions brings these conversations into a contemporary context, as it celebrates innovative artistic production by artists of African descent.” Connie gave vivid details on how the works were selected, noting there will be NO theme or structure. The show’s purpose is to show an artistic cultural, social, political and total diverse view of works in order to engage a culturally mixed audience.
While the Museum will continue to find fresh and innovative medians to bring cultural and historic artistic expressions to the village of Harlem, their collaborative efforts will continue to bring the broadest and most creative graphics and extensive visuals to the community.