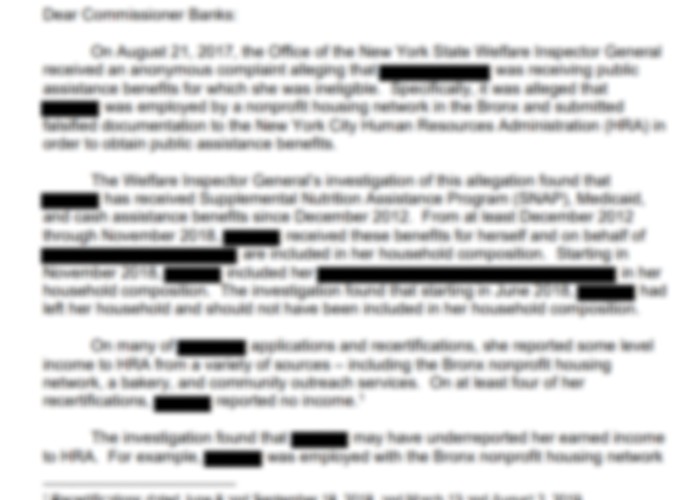 State Inspector General Lucy Lang announced that her office has released publicly, as part of its ongoing commitment to transparency, more investigative letters issued during the first quarter of 2022.

“Since day one in November when I first took office as Inspector General, I have been clear about my commitment to ensuring that state government is held to a higher standard of accountability and transparency,” said Inspector General Lucy Lang. “We announced transformative steps to increase transparency by making resources publicly available about the IG’s work historically and going forward. Today’s actions mark an important step in our ongoing efforts to hold officials and entities accountable, and to rebuild trust with the people of New York State.”

These advisory letters to state agencies and authorities outline relevant investigatory findings and recommendations of matters that were referred to the office.

The materials are now available on the “Public Information” page of www.ig.ny.gov (note the filters for “Reports” and “Letters” on the left-hand column).

The Office of Inspector General is charged with the mission of monitoring, investigating, and combating fraud, waste, and abuse with over a hundred agencies in state government.

The ongoing proactive publication of such materials is part of the Inspector General’s Government Transparency Initiative, as mandated by Governor Kathy Hochul.

Portions of the records have been redacted due to privacy concerns and exemptions from disclosure as mandated by New York’s Freedom of Information Law (FOIL).