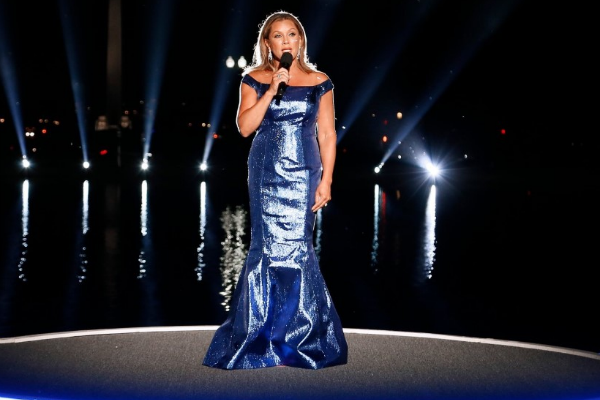 The spectacular Harlem fave Vanessa Williams star of film, television and the Broadway stage sang “America the Beautiful” in a beautifully designed dress b michael at the A Capitol Fourth in Washington DC on Sunday, July 4th, 2019, on PBS.

The event was in celebration of America’s 243rd birthday, Ms. Williams was joined by John Stamos, Yolanda Adams, Carole King, Vanessa Carlton, and many others with this star-studded lineup for the 39th annual A Capitol Fourth concert, that aired Live on PBS from the U.S. Capitol Building. This concert is unaffiliated with any other July 4th celebrations. #July4thPBS.

Related: Listen to b Michael talks Fashion on The Danny Tisdale Show.

Via b michael A M E R I C A, www.bmichaelamerica.com. Photographs by Paul Morigi / Getty Images for Capital Concerts Inc.