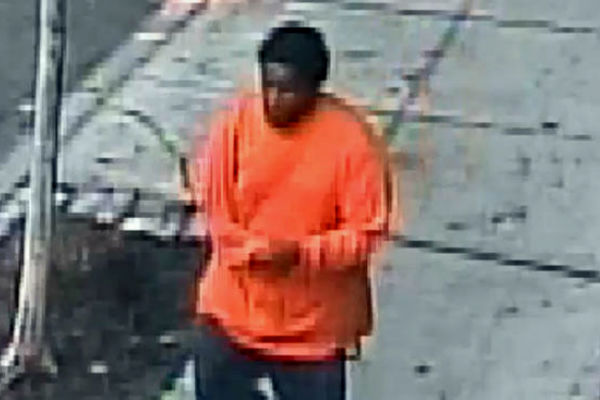 NBC reports that police are looking for a man around 25 to 40 years old in connection with a strange sex crime in Harlem nearly two months ago.

Cops say the man walked up to a 42-year-old woman as she stood outside of a school around 11 a.m. on September 13, 2018. He briefly engaged her in conversation.

Then the man moved a short distance from the woman and stared at her for the next half an hour, police say.

When the woman went to leave, the man allegedly came up behind her and grabbed her butt. She went to yell at him and saw that his genitals were exposed.

The man then ran off. Police released a surveillance image of him (above). Anyone with information is asked to call Crime Stoppers at 1-800-577-TIPS.