Standing Fast Against White House Declaration Of War Against Our Cities 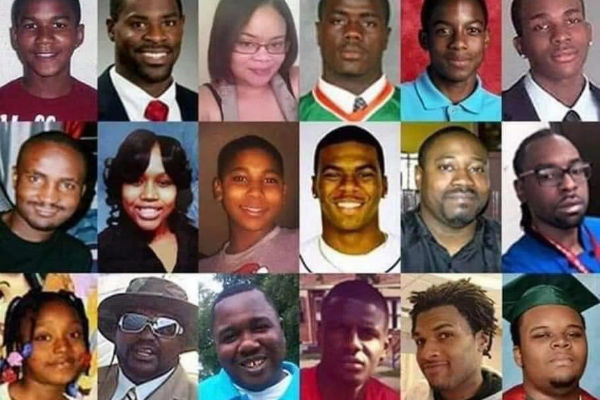 “Within these past couples of months, we have seen a resurgence of activism and social unrest from Americans throughout our country.

In our City, New Yorkers have risen against police brutality and to demand we live up to our values of equal treatment before the law and a more equitable approach to public resources allocation. The killings of George Floyd, Breonna Taylor, Alton Sterling, Amadou Diallo, Armaud Arbery, Atatiana Jefferson, Breonna Taylor, Eleanor Bumpers, Eric Garner, Freddie Gray, Korryn Gaines, Michael Brown, Philando Castile, Sam Dubose, Sandra Bland, Tamir Rice, Terence Crutcher, Walter Scott and Vanessa Guillen, among others, have prompted millions of people to take to the streets demanding justice and full accountability for their murders.

In many cities, these efforts have led to reforms to bring increased oversight and officer accountability. As a longtime activist, who has been arrested on multiple occasions in the fight for social justice, I know firsthand the value of protest to bring about effective change and have always advocated for the preservation of our Constitutional protected right to peacefully rise against injustices.

Unfortunately, many of our calls for justice have fallen on deaf ears. The current White House Administration has not expressed an interest in delivering justice for the affected families nor have them established a national conversation to help our country heal and move forward. On the contrary, it has deliberately sought out to escalate confrontations, have moved to increase protest suppression and has further driven us apart by using inflammatory and divisive rhetoric.

The shocking images taking place in Portland has shown the ruthlessness of this Administration and its disregard for justice. Instead of addressing calls for full investigations, it has essentially declared war against American citizens.

In its race to further escalate conflicts with protesting Americans, the White House has issued added threats of sending federal troops to various other municipalities throughout the country in the name of fighting crime. Sending boots into our cities to quash dissent is an amoral proposition, deeply at odds with our armed forces’ core responsibility to serve and protect, and a grave violation of our civil and state’s rights.

We must stand ready to push back against any attempt to further militarize our cities and to continue demanding police accountability and a re-imagined approach to violence and crime prevention initiatives by increasing funding for our educational, youth and social services programs.”

As a leading voice at the NYC Council, Ydanis has brought changes in transportation, education, economic development, housing, police reform, healthcare, environmental policy, and ensuring low-income families have an equitable path to the middle class.

Photo credit: 24 men and women who have been killed by brutality.