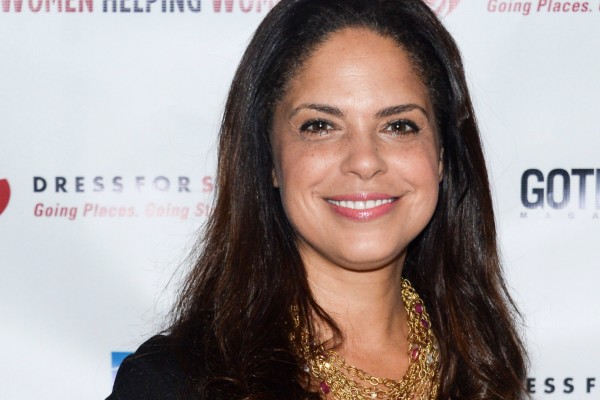 The Paley Center is proud to announce that Soledad O’Brien will be joining its latest PaleyImpact program, Uncovering Racial Injustice with BET’s Disrupt & Dismantle. During the event, being held as part of Women’s History Month, the award-winning journalist and producer will discuss her powerful new BET documentary series Disrupt & Dismantle with Scott Mills, President, BET.

The conversation will address how the series tackles head-on the need to speak truth to power and ask hard questions focusing on progressive societal change.

The program will also explore ways media can shine a light on systemic racism, and empower people to make change within their own communities.

Among the women featured in the series are Chicago Mayor Lori Lightfoot, Illinois State’s Attorney Kim Foxx, and Queen Mary Allen-Davis, a South Carolina woman fighting to hold onto her family’s land.

The program will be released on the Paley Center’s YouTube Channel on March 26 starting at 6:00 pm ET/3:00 pm PT.

“The Paley Center for Media has an ongoing and long-standing commitment to promoting diverse voices in media and entertainment, and in exploring media’s powerful shaping influence on our culture,” said Maureen J. Reidy, the Paley Center’s President & CEO. “We are extremely honored to welcome Soledad O’Brien and Scott Mills for this important and timely discussion that will shine a light on the crucial issues examined in this moving and powerful documentary series.”

“Thank you to the Paley Center for hosting this meaningful PaleyImpact event where we can discuss BET’s Disrupt & Dismantle as it addresses issues of systemic racism and inequities in America,'” said Soledad O’Brien. “It is important to create this level of content that addresses these issues.”

“BET’s groundbreaking Content for a Change initiative is designed to use media and storytelling to address harmful inequities,” said Scott Mills, President, BET. “Soledad has been on the front lines of these efforts for years, and we’re thrilled to have her back home at BET with Disrupt & Dismantle.”

In Disrupt & Dismantle, Soledad O’Brien tackles injustices across the nation affecting the Black community, from police brutality, redlining, and school-to prison-pipeline to the infant mortality crisis fueled by systemic racism. In addition to highlighting people working to address such issues, O’Brien encourages the audience at home to take action in their neighborhoods.

This timely new series will take an active and hard-edged approach to chip away at the roots of racism.

Disrupt & Dismantle airs Wednesdays at 11:00 pm ET/PT on BET and BET Her.

As an award-winning broadcast journalist and executive producer, O’Brien tells empowering and authentic stories on a range of social issues.

She has hosted many projects through the years, including American Injustice, a one-hour special about criminal justice reform, and CNN’s Black in America and Latino in America, about racial disparities in the U.S.

This Women’s History Month PaleyImpact event follows the Paley Center’s International Women’s Day event, Choosing to Challenge: How Women Are Leading the Way, which addressed the significant role the media can play in inequality, opportunity, and representation.

The event was part of a planned quarterly series that will explore the media’s powerful shaping role in providing a diverse and inclusive platform for women, made possible by generous support from John H. Josephson and Carolina F. Zapf.

To learn more about The Paley Center for Media and upcoming programs, visit paleycenter.org.

The Paley Center for Media is a 501(c)(3) nonprofit organization that leads the discussion about the cultural, creative, and social significance of television, radio, and emerging platforms, drawing upon its curatorial expertise, an international collection, and close relationships with the media community.

The general public can participate in Paley programs in both New York and Los Angeles that explore and celebrate the creativity, the innovations, the personalities, and the leaders who are shaping media.

The public can also access the Paley Center’s permanent media collection, which contains over 160,000 television and radio programs and advertisements.

Through the global programs of its Media Council and International Council, the Paley Center also serves as a neutral setting where media professionals can engage in discussion and debate about the evolving media landscape.

Previously known as The Museum of Television & Radio, the Paley Center was founded in 1975 by William S. Paley, a pioneering innovator in the industry.