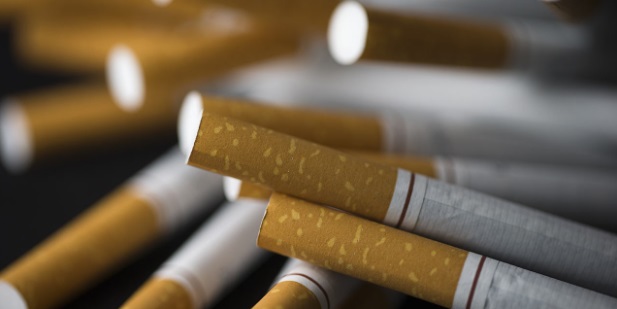 Smoking comes with a slew of side effects for anyone, but for those who are soon to become parents, the habit is also putting their newborns at risk.

A recent study found that newborns are at a greater risk of congenital heart defects if their fathers are smokers reports Consumer Affairs.

“Fathers-to-be should quit smoking,” said researcher Dr. Jiabi Qin. “Fathers are a large source of secondhand smoke for pregnant women, which appears to be even more harmful to unborn children than women smoking themselves.”

Health is at stake

The researchers wanted to see how newborns were affected when expectant mothers were exposed to secondhand smoke generated by fathers. To do so, they examined over 120 studies that involved nearly nine million parents and over 137,000 newborns with congenital heart defects.

Whether a mother or father smoked, the baby was more likely to have a congenital heart defect, though the risk was increased when fathers-to-be picked up the cigarettes.

“Smoking is teratogenic, meaning it can cause developmental malformations,” said Dr. Qin. “The association between prospective parents smoking and the risk of congenital heart defects has attracted more and more attention with the increasing number of smokers of childbearing age.”

The researchers also found that these risks are prevalent through all stages of pregnancy, and even before a woman becomes pregnant. Dr. Qin encourages healthcare providers to inform their patients of the potential risks associated with smoking and secondhand smoke to help prevent birth defects.

“Women should stop smoking before they become pregnant to ensure they are smoke-free when they conceive,” Dr. Qin said. “Employers can help by ensuring that workplaces are smoke-free. Doctors and primary healthcare professionals need to do more to publicize and educate prospective parents about the potential hazards of smoking for their unborn child.”

In another recent study, researchers found that fathers who smoke could be affecting their children and grandchildren.

The study found that when fathers smoke, both female and male children were more likely to show signs of attention deficit and hyperactivity. The researchers also found signs of cognitive inflexibility in the tested children, which means they were unable to cognitively adjust to new conditions.

“Doctors may not warn men that their smoking could be harming their unborn child even if the mother never smoked,” said researcher Pradeep Bhide. “I believe our study brings this to the fore.”

Mothers who smoke also put their newborns at risk, as researchers found smoking while pregnant can increase the risk of sudden unexpected infant death syndrome (SUID).

“With this information, doctors can better counsel pregnant women about their smoking habits, knowing that the number of cigarettes smoked daily during pregnancy significantly impacts the risk for SUID,” said Dr. Tatiana Anderson.