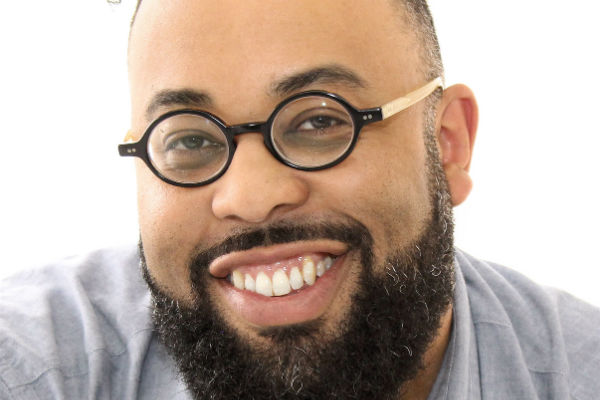 Young is currently the director of the Schomburg Center for Research in Black Culture in Harlem, NY. He’ll succeed the founding director, Lonnie G. Bunch III, who now serves as the Secretary of the Smithsonian Institution. Previously, Young taught at Emory University in Atlanta for 11 years, curating their Raymond Danowski Poetry Library comprising a 75,000 volume collection of rare and modern poetry.

An accomplished poet, author, essayist, and editor, Young has penned 11 books of poetry, two nonfiction works, and served as editor for ten other books, including African American Poetry: 250 Years of Struggle and Song, set to be released this fall.

In 2016, Young became director of the Schomburg Center, helping create the “Home to Harlem” initiative. He acquired the Harlem-based archives of Harry Belafonte, Sonny Rollins, Fab 5 Freddy, James Baldwin, and Ossie Davis, and Ruby Dee. He also obtained the manuscript and lost chapter of The Autobiography of Malcolm X. His work has elevated the Schomburg’s profile, welcoming a new audience and bolstering attendance by 40% while raising more than $10 million in grants and donations.

A creative leader with his pulse on the culture, Young also helped develop the new Schomburg Center Literacy Festival, spearheaded the Black Comic Book Festival‘s return, and released a Black Liberation Reading List amid the pandemic.

Bunch spoke of Young’s appointment, saying, “Kevin will bring an exciting mix of scholarship, technological savvy, and bold vision that builds on the foundational work of the many people who built the museum. As a poet, he understands how the museum fulfilled the dreams of many Americans, and under his leadership, the museum will shape the hopes of future generations.”

Young has received numerous accolades for his work, including a PEN Open Book Award and the 2015 Lenore Marshall Poetry Prize from the Academy of American Poets. He holds a bachelor’s degree from Harvard and a master’s in creative writing from Brown University. He is also a former Stanford Stegner Poetry Fellow and a Guggenheim Fellow, being elected to the American Academy of Arts and Sciences in 2016 and serving as Chancellor of the Academy of American Poets. He currently serves as a poetry editor at The New Yorker magazine.

Ken Chenault, chair of the museum’s advisory council, said Young’s appointment will hopefully take the NMAAHC to the next level.

“At this moment in our nation’s history, the National Museum of African American History and Culture is exactly what America needs. Since opening, the museum has been a place for people to come together, find inspiration, and foster reconciliation. Kevin’s reputation as an innovative leader makes him the ideal person to lead the museum into its next chapter and help us grapple with our racial history,” Chenault said.

The NMAAHC opened September 24, 2016, and has since attracted more than 7 million visitors. The 400,000 square foot building is the largest cultural center in the U.S. devoted solely to the Black experience with more than 37,000 objects.

The NMAAHC opened September 24, 2016, and has since attracted more than 7 million visitors. The 400,000 square foot building is the largest cultural center in the U.S. devoted solely to the Black experience with more than 37,000 objects. Young will complete his tenure at the Schomburg at the end of this year, stepping into his new role as NMAAHC director on January 11, 2021. Bunch thanked interim director Spencer Crew for stepping in during the transition, citing his work to help bring the museum experience online, saying, “The Smithsonian and I are forever grateful for [Crew’s] brilliant contributions.”

Young said he looks forward to directing the museum into its next chapter reports the Smithsonian-national-Museum of African American History and Culture.

“Having visited the museum myself with my family, I know what a powerful place it is, transforming visitors both in-person and online, and revealing the centrality of African American culture to the American experience,” Young said. “I am eager to engage further directions in the museum’s mission, embracing our digital present and future while furthering conversations around Black history, art, liberation, and joy.”