Silence And Racism In The Dyad By Daseta Gray 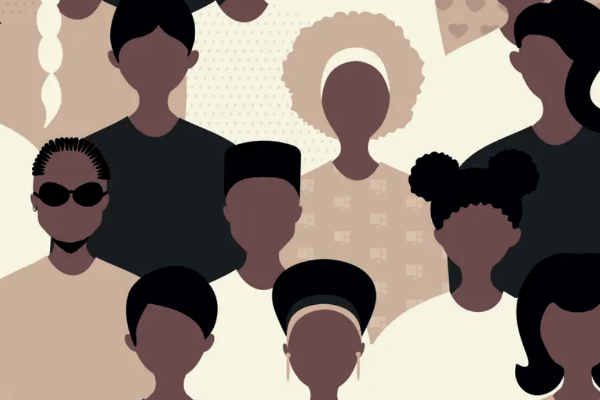 Racism is embedded in our world and in all facets of academia, and the institution of Psychoanalysis is not immune. Today there is a lack of diverse materials in many psychoanalytic institutes, and this limits our perspective, leaving little opportunity for critical discourse. Currently, there are conversations about diversifying the field of psychoanalysis. However, as a Black woman, it often appears to me as only lip service. The social sciences have failed to provide a representation of full diversity in their fields and in so doing they illustrate their compliance with the continuation of institutionalized racism: today some voices are privileged while others are silenced.

Dr. Dionne R. Powell (2019) argues that psychoanalysis has extensively explored the dynamics that impacted the Holocaust victims, mass violence, genocides, and national conflicts but the least explored is the psychic impact of enslavement on the minds of the descendants of the enslaved. Powell (2013) questions the silence in American psychoanalysis when it comes to race, racism, bias, culture, implicit bias, white privilege, and racialized trauma. We must then ask ourselves; how does this silence manifest itself in psychoanalysis’ most intimate space: the dyad (a dyad is a group of two people, the smallest possible social group.)?

The impacts of this silence force psychoanalysis to leave an African American-centred analysis out of the conversation and guide African American patients to only bring part of themselves to the dyad (Daseta Gray, 2020). As a consequence, this brings difficulties in conducting a thorough and well-rounded course of therapy (Michael V.Adams, 2020).

“I now have a private practice for 12 years and all through my personal analysis and my psychotherapy training, I have never had the area of social oppression mentioned (2017).”

Olukemi Amala, a psychologist of over 12 years writes, “I now have a private practice for 12 years and all through my personal analysis and my psychotherapy training, I have never had the area of social oppression mentioned (2017).”

In European culture, counseling, psychotherapy, and psychology individualize mental illness, a pathology of the person alone. Olukemi (2017) argues that mental health throughout history has medicalized, condemned, and “treated” oppressed communities with assumed beliefs about their collective and individual, inherently inferior, and unstable nature.

Regarding women, gay, black, working-class, and disabled people, the field of psychology will have to challenge the biases it has against these groups. It is well documented in the UK, Europe, and the USA, that oppressed communities, and Black people, are over-represented and over medicated in psychiatric institutions. Many professionals would rather view oppressed groups as inherently pathological, rather than see social oppression as having any relevance to their traumas and psychoses.

We must consider these concerns seriously in the world of psychoanalysis. Bias, prejudice, and assumed deviance brought into the dyad affect both the patient and therapist. While many African Americans are aware of these dynamics, this creates a silence across the profession where African Americans are forced to leave a part of themselves outside the dyad.

For example, Freudian dream analysis examines the dream and its imagery, the product of a combination of day residue and unconscious processes of condensation and displacement. All in all, dreams are viewed as individual psychological phenomena. This is far removed from traditional African approaches to dreams as encounters with spiritual and ancestral realms. For people across the globe, we should consider dreams to hold social, cultural, and historical residues. Psychoanalysts must begin to bridge the gap that currently exists for marginalized groups when they enter the dyad, we must understand that their oppression affects their psyche. Anticipating that these elements will not be engaged fairly forces African Americans to omit part of their selves from the therapeutic dyad. It becomes a challenge to interpret their dreams on a cultural level and to create a treatment for the whole person.

African Americans continue to experience racism in all areas of our society, including when they go to therapy. To address this issue, I have argued for a multicultural imagination and have called for the desegregation of the white ego (Adams 2002).

Many therapists are of European background and have not yet seen the connection between oppression and mental health for African Americans. Oftentimes the mental health training programs do not offer enough history lessons that would allow students to see this connection Racism does the most damage to the psyche and it appears that, like the rest of society, psychoanalysis encourages their African American patients to abort their feelings along with a part of themselves in the dyad. African Americans have not had an opportunity to take their manifest dream to the dyad therefore they have not had an opportunity to freely associate. African Americans continue to experience racism in all areas of our society, including when they go to therapy. To address this issue, I have argued for a multicultural imagination and have called for the desegregation of the white ego (Adams 2002).

The connection between colonialism and mental health was discussed by Franz Fanon (1961) but silencing voices of the other is the usual practice of the white supremacist who believes that his voice is privileged. Fanon’s observation of 1961 is relevant today but has been ignored by the social sciences which preserve white supremacy. Fanon (1961) explored the way the systematized negation of the other, a frenzied determination to deny the other any attribute of humanity, and colonization forces the oppressed to constantly ask the question: who am I in reality?

When the oppressed enters the dyad, not being able to take all herself to the dyad, it further complicates their treatment because of the questions who she is in reality and is not able to answer. Fanon argues that this defensive position was born from the violence that was imposed on the colonized and reveals a colonized personality because of those years of trauma. This trauma is generational and when African Americans dream, it is with influences of historical residue, this can be explained by Martha Bragin’s (2005) assertion that the union of life which brings individuals together is not broken by death, but it is a continuation of life.

Psychoanalyst Michael Adams (2002) has argued that Americans have been disenfranchised in many ways including psychoanalytically. As a result, in 1996 Adams called for desegregation of the white ego (Adams, 1998) and argued for a multicultural imagination. Adams believes that for psychoanalysis to adequately serve disenfranchised populations it must effectively engage in what Adams calls the cultural unconsciousness, an area of historical memories that lies between the collective unconscious and the manifest pattern of culture. This term was coined by Joseph L. Henderson (1998) when he presented a paper entitled Cultural unconscious. His thoughts motivated others to research the connection between history, individuation process in the collective, individual and collective suffering, cultural trauma and its relation to individual psychopathology, the generational transmission of suffering, individual fate in the context of the collective, and the nature of the collective process in groups and society (Tomek J. Jsinski, 2015).

It is disappointing that African Americans have been forced to suppress a part of themselves during their generations in America. Studies have shown that people learn how much they are valued based on their caregivers and the social mirror that society provides. Entering the dyad, African Americans unconsciously understand that the dyad reflects the social mirror and the manifest content of their dreams are not welcome.

African Americans are not given the opportunity to visit their historical residue and as a result, they experience retraumatization each time they enter the dyad through the repetition of an original trauma or a loss of emotional bond that has been a source of alternative ways of organizing experiences without which the old principles are pulled back (Stolorow 2017).

African Americans are not given the opportunity to visit their historical residue and as a result, they experience retraumatization each time they enter the dyad through the repetition of an original trauma or a loss of emotional bond that has been a source of alternative ways of organizing experiences without which the old principles are pulled back (Stolorow 2017). 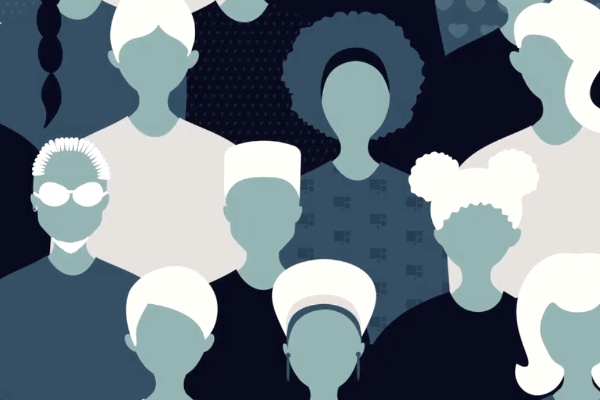 One might ask, will this problem be solved by having African Americans seen by African American therapists? This solution would offer some help but will not totally resolve the problem; to do so society must change the social mirror. Studies have shown that we all learn our self-worth based on the approval or disapproval from others. The negative messages that African Americans absorb from birth, along with varied negative racialized experiences are internalized and become a part of their personality. The former oppressors must recognize that there is a connection between oppression and mental health, and it shows up in generational trauma among other day-to-day transgressions. Psychoanalysts need to contribute to the global conversation about racism and racial oppression by setting an example, creating dyads where African American patients feel welcome to bring their whole selves. This will come from our training, our continual recommitment to global equity, and unlearning bias ourselves. Society must recognize what they have done and taken the blame for what was done to the colonized.

When all mental health professionals understand that their African American patients must be allowed to bring their whole self to the dyad, their dreams will be interpreted holistically and their treatment can be planned with their historical residue taken into account.

When all mental health professionals understand that their African American patients must be allowed to bring their whole self to the dyad, their dreams will be interpreted holistically and their treatment can be planned with their historical residue taken into account.

Check out more of the posts from Daseta Gray here.