Signs And Causes Of A Faulty Turbocharger From Harlem To Hollywood 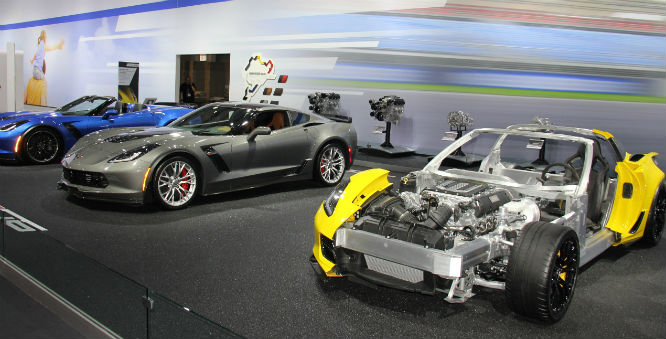 Turbochargers are growing popular by the day, and virtually all car manufacturers now have a turbocharged engine in their lineup. While your turbocharged car can still do without the device, a blown turbo may translate to imminent engine failure as the two share a very intimate relationship.

We have discussed below common causes of turbocharger failure and telltale signs of a broken turbo, but first, how do you prevent your turbocharger from giving up the ghost?

Well, the risk of your turbocharger blowing is low, but it is very unlikely that the device will outlive your car. This means you will have to replace it at one point in the future.

Always get a seasoned car repair specialist to install the turbo for you. If you are going to buy it online, make sure it comes from a reputable auto parts provider, such as https://goldfarbinc.com/products/2836376-holset-hx55-turbocharger-core. Follow the installation with a good maintenance regimen to ensure it gives you value for your money. These basic maintenance tips should help you get started:

What Causes Turbocharger Failure?
Turbochargers spin at extremely high speeds, making them more prone to damage than most other engine parts. That said, these devices are incredibly reliable and will hardly fail on their own. Often, damage originates from failure in other components, which is why car owners are advised against replacing their turbo without having their entire engine inspected.

Here are some common causes of a faulty turbocharger:

With turbo wheels spinning at a very high speed, constant lubrication is needed to prevent damage on moving parts, such as the bearing. Things that may impinge on the supply of oil to the turbocharger include:

Oil contamination can cause your engine a whole lot of problems, including turbo failure. It has even been shown to be a major culprit behind oil wastefulness and lubrication issues in the engine. Common forms of contamination include:

The vanes of your turbocharger can sustain significant damage if they come into contact with something as small as a washer or a nut. Broken, bent, or severely damaged vanes can cut back on the production of boost pressure and may even cause the turbocharger to conk out for good.

Always ensure the pipes of your engine breather are in good condition and do not have debris or dirt. The presence of foreign objects will significantly reduce the lifespan of your turbo and necessitate a premature replacement.

Signs that your Turbocharger is damaged

Engine issues can be a result of anything. It is hard to directly attribute a problem to something, say, the oil system or the turbocharger without first inspecting the engine. However, if you experience any of the following signs, you should check your turbo first:

If your car’s acceleration power seems to have declined, even if just a little, chances are your turbocharger is misbehaving.

A turbo is supposed to make your vehicle accelerate faster. If it does the opposite, then it means you are better off without the addition. Pay close attention to any significant change in how your car responds to acceleration as you continue using the turbo. Sometimes the deterioration is gradual, and the quicker you detect the problems, the higher your chances are of fixing them without necessarily replacing the turbo. Also, being able to detect and fix issues early reduces the risk of damage to other parts of the engine.

The dashboard should be the first thing you check whenever you detect problems with your car. On it, you will find lights, indicators, and warnings that are all important in determining whether there is something wrong with your car. While you may not always receive your warnings from the dashboard, there is a chance an engine sensor will detect a turbocharger problem. This will typically be followed by the illumination of the malfunction indicator lamp.

The only downside to this is that numerous things can cause the light to flash. However, if it is accompanied by one or more of the other symptoms mentioned in this list, then there is a good chance the problem is in the turbocharger.

One of the most common indicators of a malfunctioning turbo is a sudden change in oil consumption. Broken turbochargers are usually wasteful, and your car will need more oil to function properly.

While increased oil consumption could be the result of a myriad of other engine problems, you can never close your mind to the possibility of your turbocharger being the underlying cause. A leaking turbocharger will not only bring with it additional oil costs but also increase the risk of damage to other engine components. Always consider checking your turbocharger whenever your car starts using more oil than usual.

Whistling noises indicate that your engine is experiencing some problems. As different variations of the sound can point to different issues within the engine; it is wise to pay close attention to the source of the noise before taking action. A sound like that of a tea kettle is a sign you are dealing with a potential turbocharger problem.

Turbo-induced whistling happens when the bearing starts to wear down. Thankfully, it is something you can avoid with the regular maintenance of your car. Occasionally, remove the intake tube and apply some push on the compressor fan. If it makes extensive side-to-side movements, then the problem could very well be in the bearing. Have a specialist check and replace it as soon as possible to avoid further damage to the turbo and engine.

For cars that come with a boost gauge, it is even easier to detect an engine problem. All you need to do is take regular looks at the gauge to check the amount of boost coming from the car turbocharger. Your gauge should be very accurate, and if it seems to climb slower than before, you could be having a turbo problem.

Whistling is not the only noise you should pay attention to when it comes to potential turbocharge failure. Any unusually loud noises should be taken as a warning sign.

If the vehicle produces a loud siren sound or shriek that seems to get louder by the day, get an expert to check your turbocharger.

Exhaust problems make for another common telltale sign of a broken turbo. Always check your exhaust for any changes in the amount of smoke coming out. If the smoke is grey, something could be wrong with your turbocharger. Note, however, that other engine problems could lead to this issue, and even cars without turbochargers may exhibit it.

When the underlying cause is within the turbocharger, mechanics usually check for cracks in the housing of the system. Cracks allow oil leakages into the exhaust, leading to the production of unusual gases in the system. It doesn’t matter when and for how long the unusual smoke comes out of your exhaust pipe, any anomaly is worth checking and fixing as cracks will only get worse with time.

Before getting into your turbocharged car and hitting the road, ensure your turbo is in good condition. A blown turbocharger will not only decrease the fuel economy of your vehicle but also spread damage to other parts of the engine. Be sure to watch out for the above signs and act as soon as you detect a problem.