Sexual Violence Began Once Africans Were Kidnapped (4 Of 4) 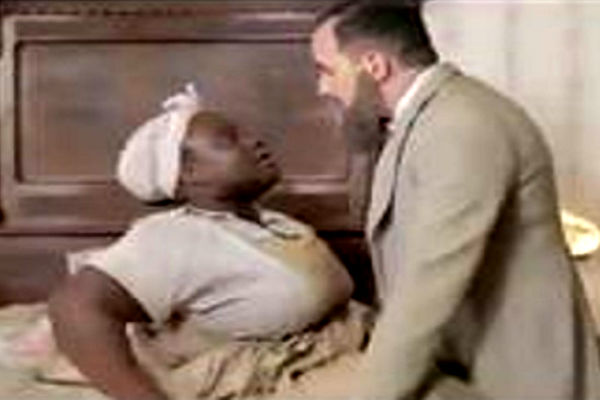 landed in what is now the Bahamas.

In order to keep the enslaved silent on the outside while they screamed on the inside, their captors had to dehumanize them. First by changing their names and raping them and kept them in fear through violence and pain. Jesus (show images of the original Mary, Jesus).

We are quite aware that based on the geographic location of these Biblical stories the people could not be white. The word white, as the description of people, is new also it became popular in the early 17th century during the African slave trade. The concept of whiteness is mostly used in countries that Europeans invaded raped, killed and enslaved the natives: e.g.,  the United States (White Americans).

Just as traumatized children the traumatized adult during enslavement lacked a holding context in which painful affect on October 12.

In order to maintain white supremacy, the enslavers changed the image (color) of God and the Virgin Mary

and did not have an opportunity to live and become integrated. Instead, they were forced to be silent and to disconnect emotionally from their painful ongoing story. Many descendants of former enslaved Africans in the Americas that experienced this trauma continue to be traumatized. According to Stolorow when there is a close repetition of the original trauma you do not get a chance to integrate your experiences therefore your life becomes traumatic.  Society usually put a band-aid on the problem or blame the victim but lose the emotional bond that should have been a source of organizing experiences that you could get joy from. Traumas are memories that you become fixed on and as a result, you relive them for years because you did not have an opportunity to assimilate them (Freud 1924). For the enslaved, all their experiences were laced with pain and as just the Papal Bull of 1452 racism continues to impose cumulative trauma on this historically oppressed group.

I have concluded that many systems in society were not created with the enslaved people in mind because they were non- human (property). The Emancipation Proclamation

was signed on January 1, 1863, but Africans were not citizens of America and they had no rights. It took 5 years of fighting before the constitution was amended on July 9th,1868 for Africans to be granted citizenship has not taken a historic look at the root of many of the problems that the descendants of the former enslaved are experiencing today. The different systems, for example, the education, the prison, the court system, the political system still continue to traumatize us.

The medical field also contributed to the silence

During the enslavement of Africans, doctors did as they pleased with African bodies. They did different experiments with no pain killers. The medical history books site several experiments that were done on the enslaved because they were at the mercy of the doctors. Many enslaved people died as a result of these experiments. There were another set of doctors who kept the enslaved silenced by prescribing remedies that were supposed to “ cure” those who dared attempt to “use their brain”. Drapetomania- is a psychiatric diagnosis invented in 1851 by Dr. Samuel Cartwright

–It means “runaway” which Dr. Cartwright considered a mental illness that he claimed the enslaved who ran away from captivity as having. He had “the proper treatment” for a slave who dared to use his brain. The doctor usually prescribed whipping the devil out of them and the removal of their two big toes. There are hundreds of stories about medical racism. During my research for this paper, I have learned that many of the developments in medicine was helped by using the bodies of the enslaved.

Here is one account carried out that was very distasteful what is called a” bloodily invasive circus” the body of JoiceHeth (c. 1756 – February 19, 1836) 1835, she was held as a slave by John S. Bowling and exhibited in Louisville,  Kentucky. In June 1835, she was sold to promoters R.W. Lindsay and Coley Bartr they were not making enough money. Joice Heth was then leased by P.T. Barnum and was exhibited 6 days a week for up to 12 hours per day Barnum and his partner Levi Lyman exhibited  Joice Heth in taverns, inns, museums, railway houses, and concert halls in cities and towns across the northeast for seven months, until she died in February 1836.  Barnum and his partner attorney Levi Lyman made $ 1,500 per week. With this inhumane schedule, Joice became ill and died while under contract. On February 25, 1836, in NYC P.T Barnum sold tickets for 15c for people to watch her autopsy, as Dr.  David L. Rogers

, an accomplished New York surgeon dissect her corpse,  as an audience of 1,500 people watched. This bizarre event” bloodily invasive circus” launched Barnum into the circus business.

The enslaved had to be silent on the outside while screaming on the inside.

I would like to inform you that of estimated 12.4 million Black bodies loaded on ships shortly after the Papal Bull of 1452 as a part of the human trafficking trade an estimated 1.8 million did not survive the journey. The silent cargo is people who lived in families, communities and had professions and their own culture. These bodies are someone’s uncle, cousin, aunt, child grandmother, etc. These enslavers did not capture slaves;  they destroyed families and communities and cities, cultures and organized governments that existed over 50,000 years.

As we listen to the silence of the enslaved going forward we all need to allow them to shout from the inside and break the silence for them.

In a piece by Donnel. B Stern (2012) reminds us that “witnessing across time we need to access the presentations from the past and the past from the present”. He said that as psychoanalyst we are used to the idea that trauma in the past disrupts our capacity to grasp the present. He feels that “present or recent trauma can have a similar dissociative effect on our capacity to experience the more distant past”.It is important that as psychoanalysts who are working with socially oppressed groups we link the present to the historical past as well as personal past. He ( Stern 2012) feels that it is important that we occupy self-states in both the past and the present that can bear witness to one another. Many descendants of enslaved  Africans have become disassociated from their self-states, which leads to a disconnection of the past and the present. However, when therapists take the journey with their African American patients to visit the past and then come to present than in the future they will both see the past and as the present comes about the “past will become an unconscious source for the creation of the present meanings” (Donnel B. Stern.2012).

Can we answer the question as to why many African Americans may stay silent when they are being wronged? Yes. Silence under white dominance is a narrative that has become a part of the social construct of Black people of the Americas for centuries. Beginning in the slave castles on the coast of West Africa and then following their journey as enslaved Africans to the “New World,” a score of silence was placed over a news story laced with pain.

Today, the descendants of the enslaved still are forced to be silent on the outside while many screams on the inside with unconscious cumulative emotional trauma and pain. Today I stand here as a voice for the millions who were forced to repress their humanity and ask that through this conversation this community will move psychoanalysis to new heights.

Enslaved Africans lived in fear and were in a constant survival alert daily.

For a moment just listen to the lash of the whip on bare backs as the blood slowly ran then the enslaved was given a bath in salt water; listen to the screams of the fourteen-year-old who is being raped by the enslaver before placed as cargo on the ship of no return; the nine-month-old screaming because her mother is being sold and she was ripped from her mother’s arms and handed to a white woman as her property or you may be the black man who is forced put a  bag over your head and must fuck whoever your enslaver demand that you fuck and it may be your mother while your enslaver and his friends watch for entertainment.

You may have been the black man who had to endure butt busting you would be fucked by the enslaver either with a stick up your ass or his dick in front of your family. 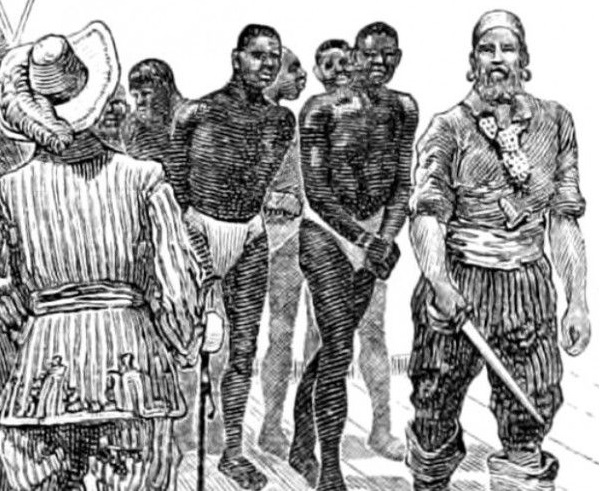 Many black men were raped by the slave owners and those who resisted were killed, and some slave dealers were homosexuals.

You may have been the black man who had to watch as the enslaver fuck your wife or your daughter and you had to be silent. If you showed any kind of resistance you were diagnosed as being mentally ill. You are being beaten because you woke up late because after your day in the field you had to do your daily chores in your cabin and you went to bed late and tired. You may have been that black mother who witnessed her three children sold and begged her purchaser to purchase her baby with her, but instead was kicked and beaten in front of her man and her children. You may have been the young woman whose future children were willed out before conception.

who were not allowed for generations to have a voice and was forced to be silent on the outside as they screamed on the inside.

I would like to leave you with a sentence from Donnel B. Stern’s (2012) article Witnessing  Across Time: Accessing the Present From The Past and the Past From The Present.

I would like to thank The Harlem Family Institute.

Dr. Ruth and especially Vince from South Africa who believed in my voice and published my article entitled; How Personal and Societal Issues intersect the Effect of Shame.

The conference committee for understanding that many voices are silenced in this community and for allowing me to give a voice to the millions of enslaved Africans whose pain still lingers unconsciously in the millions of their descendants.

Photo credit: 1) On Board a Slaveship.2) Cape Coast Castle, where enslaved were held in dungeons at the bottom, and a church preached the gospel at the top.