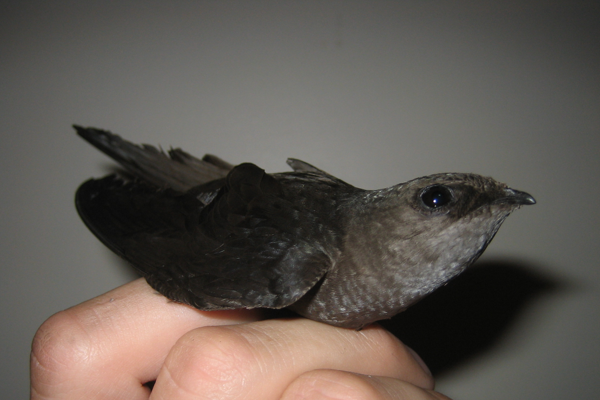 The “Dark Skies Act” (S.7663) to protects migratory birds from artificial light at night that causes them to become disoriented and strike buildings.

Specifically, the legislation requires most non-essential outdoor lighting be extinguished after 11 p.m., motion-activated, or covered by an external shield.

In just one night this autumn, workers outside two downtown buildings found 205 migratory birds had died from flying into the two buildings.

Senator Hoylman said: “Buildings don’t have to be bird killers. On just one night this autumn, building workers found over 200 migratory birds dead at the base of two buildings in Manhattan. While Albany enacted legislation in 2014 to reduce excess light from state-owned buildings to help prevent migratory bird collisions, we must build on this success and reduce the impacts of artificial light throughout the state. All artificial light contributes to this problem, drawing birds away from their migratory paths towards the death trap of cities and towns. Our Dark Skies Act, which is modeled after legislation in New Mexico and Arizona, would address this problem by reducing light pollution from the buildings responsible for migratory bird collisions. I’m proud to work with Assemblymember Fahy, Audubon, and other advocates to get this bill passed in Albany this legislative session.”

Assemblymember Fahy said: “Over 230,000 birds are killed every year as a result of increasing light pollution in dense areas and mass bird death events are on the incline. Not only are the number of recorded bird deaths and mass death events rising, but increasing light pollution is disrupting migratory patterns and affecting ecosystems that rely on those patterns and the presence of specific species of birds. I’m proud to introduce the Dark Skies Act alongside Senator Brad Hoylman to help reduce the number of bird deaths overall in New York State, reduce light pollution to encourage enjoyment of night skies, and set a national example for action that can be taken to address this issue.”

Erin McGrath, Policy Manager for Audubon New York said: “Collisions with buildings kill between 365 million and one billion birds per year in the United States. Light pollution attracts night-migrating birds away from their natural route and into potentially lethal situations. We must do more to stop these preventable and needless deaths. We thank Senator Brad Hoylman and Assemblymember Pat Fahy for introducing the Dark Skies Protection Act, which will reduce excess lighting and minimize threats to migrating birds, and we call on the legislature to pass this bill.”

Kathryn Heintz, Executive Director of NYC Audubon said “We saw firsthand the brutal effect of light on birds on the morning of September 14th this year, when NYC Audubon volunteers collected over 400 dead birds, 200 at one building alone—fatalities from collisions with windows after being disoriented by bright lights. Our research shows that birds are affected by the collective light pollution or the urban glow of cities and towns.  Individual buildings here and there taking voluntary action will not have a meaningful impact: legislative action requiring a reduction in light pollution across neighborhoods and cities is imperative.  We applaud Senator Brad Hoylman and Assemblymember Pat Fahy for recognizing this large-scale threat to birds and introducing the Dark Skies Protection Act. We urge the legislature to pass this important environmental bill.”

Light pollution, or the excessive or poor use of artificial light at night, is one of the most pervasive forms of environmental alteration caused by humans. Light pollution has many negative impacts, including the disruption of the natural patterns of wildlife, wasted energy and increased output of carbon dioxide and greenhouse gasses, interruption of human sleep and other adverse health impacts, and the loss of aesthetic qualities and cultural significance of the night sky.

Light pollution significantly impacts our natural environment. According to the National Audubon Society, 70 percent of bird species migrate each year.

And of those birds, 80 percent migrate at night, using the night sky to help them navigate to and from their breeding grounds.

And of those birds, 80 percent migrate at night, using the night sky to help them navigate to and from their breeding grounds.

However, as they pass over big cities on their way, they can become disoriented by bright artificial lights, often causing them to collide with buildings or windows.

And while some are casualties of nighttime collisions, others can circle in confusion until dawn when they land – potentially without access to food or water – and are subject to urban threats.

A night sky without artificial light is also critical for other wildlife. Excessive light can confuse and harm wildlife that relies on natural day and night cycles for reproduction, nourishment, sleep, and protection from predators.

The International Dark-Sky Association estimates that at least thirty percent of all outdoor lighting in the United States alone is wasted – primarily by lights that aren’t shielded.

That wasted light adds up to $3.3 billion in lost electricity costs and the release of twenty-one million tons of carbon dioxide per year.

That wasted light adds up to $3.3 billion in lost electricity costs and the release of twenty-one million tons of carbon dioxide per year.