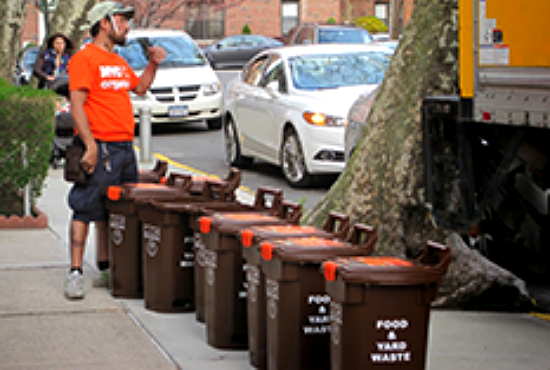 The Senate Democratic Majority is advancing an environmental legislative package that will continue to protect the state’s environment.

The bills being advanced will prohibit the use of hazardous chemicals, protect New York State’s wetlands, establish a moratorium on operation of cryptocurrency mining centers, prohibit motor vehicle owners from tampering with or bypassing emission control devices, expand water testing in schools, prevent the spread of aquatic invasive species, and create a carpet stewardship program.

“As Government leaders, we have a responsibility to protect New Yorkers from hazardous chemicals and to continue making New York State more environmentally friendly,” Senate Majority Leader Andrea Stewart-Cousins said. “I’m proud that the Senate Democratic Majority, under my leadership, is continuing our work to reduce harmful chemicals, protect our wetlands, and ensure we are on track to meet the high standards we’ve set to make New York State a leader in environmental protection. I thank the bill sponsors for the ongoing commitment to build a stronger and greener New York.”

Bill Sponsor, and Chair of the Senate Committee on Environmental Conservation Senator Todd Kaminsky said, “The science is clear: carcinogenic flame retardants pose a serious threat to our firefighters and children. By banning these toxic substances from everyday items in our homes, such as furniture and electronic accessories, we will be taking a major step in keeping our families and first responders safe. It is long past time we put them before corporate polluters — and that is exactly what we are doing today. I look forward to seeing this bill enacted into law — our children and firefighters’ health demands nothing less.”

The legislation being advanced by the Senate Majority includes:

Bill Sponsor, Deputy Senate Majority Leader, Senator Michael Gianaris said, “Pursuing environmental justice rectifies decades of harmful policies that have exacted a toll on our communities, our state, and our planet. I’m pleased to support these bills, and that the Senate is passing my proposal to achieve greater environmental equality, because we only have one earth and our future depends on better policies.”

Bill Sponsor, Senator Pete Harckham said, “More so than ever, we must remain vigilant in protecting our environment and natural resources, and that’s what this package of legislation does. When it comes to saving our vital freshwater wetlands or eliminating harmful and hazardous chemicals, there is no time to waste. I commend my colleagues on the action being taken today. We are either proper stewards of this planet, or we are not.”

Bill Sponsor, Senator Michelle Hinchey said, “New York continues to fortify its reputation as a national leader in combating climate change, and with the passage of the Soil Health and Climate Resiliency Act in both houses of the State Legislature, we are sending a strong signal that we are not only committed to achieving our climate goals but to strengthening the partnerships that will help get us there. This bill is designed to prioritize New York farmers and the soils that grow our food as core components of our state’s climate strategy. I’m proud to sponsor this transformative legislation to bring New York’s soil health laws to 21st century standards, which will help safeguard our food supply, water, and air quality for generations to come.”

Bill Sponsor, Senator Brad Hoylman said, “The Birds and Bees Protection Act is a transformative piece of legislation that provides targeted, science-based restrictions on neonicotinoid pesticides that are having a devastating impact on pollinators. By passing this legislation, and the rest of our slate of environmental protection bills , New York will be a leader in protecting the future of our earth. I’m grateful that Senate Majority Leader Andrea Stewart-Cousins is willing to fight for the birds, bees and humans of the Empire State.”

Bill Sponsor, Senator Kevin Parker said, “Curbing the use of fossil fuels is crucial to continuing our aggressive approach to climate change. The process of extracting cryptocurrencies can take massive amounts of energy use, and I’m proud to sponsor legislation that would place a moratorium on new or expanded use of fossil fuels to power the operation of cryptocurrency mining centers. This legislation protects New Yorkers from these disastrous impacts.”

Bill Sponsor, Senator Gustavo Rivera said, “Children are particularly vulnerable to the harmful effects of lead, so it is critical that we make sure that they have access to clean drinking water on school grounds. I’m proud to sponsor this legislation as it will expand testing, and require lab reports to be accessible online creating further transparency. These measures will further protect our children from the devastating effects of lead contamination.”