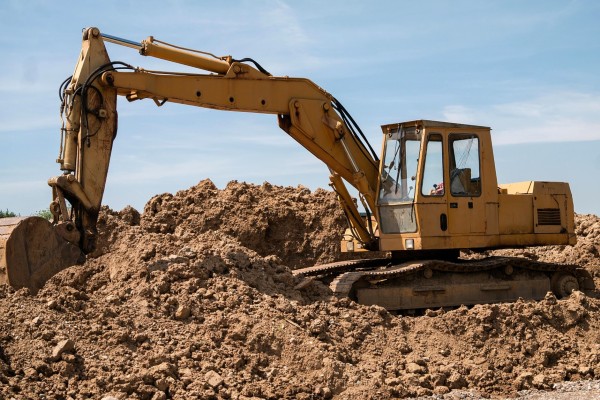 Today, the Senate Democratic Majority advanced legislation to reform Industrial Development Agencies (IDAs) across from Harlem to the Hudson. The bills will increase accountability and transparency in the IDA process, prevent intra-state piracy, eliminate conflicts of interest, require notice of IDA projects, prohibit certain persons from receiving compensation, allow the public to access and inspect information, and support the preservation of regionally significant projects.

In March of 2019, Senator James Skoufis, Chair of the Senate Committee on Investigations and Government Operations, opened an investigation into the compliance and practices of public authorities, including Industrial Development Agencies (IDAs), across New York State.

In 2019, the Senate Democratic Majority passed legislation that was signed into law to require all IDAs to live stream and post video recordings of all open meetings and public hearings.

Today’s legislation continues in response to those findings to improve accountability and transparency for New York taxpayers.

“These IDA reforms will help build greater transparency to ensure communities are receiving the maximum benefit from their investment and that taxpayer dollars are spent wisely,” Senate Majority Leader Andrea Stewart-Cousins said. “These reforms support economic development across New York State and stop bad actors from taking advantage of IDA projects. I thank the bill sponsors for working to ensure the IDA process is more transparent and impactful across New York State.”

Bill Sponsor, and Chairman of Committee on Investigations and Government Operations, Senator James Skoufis, said, “We’ve seen time and again, especially here in the Hudson Valley, how a ‘friendly’ culture of everyday corruption and backroom dealing by local IDAs can undermine real, transformative economic development. For many public authorities and development corporations around the state, ethical leadership just isn’t happening, and we must send a strong signal to them that a culture of kickbacks, abuse of the public’s tax dollars and trust, and intrastate double-dealing will not be tolerated. New Yorkers deserve better and I am proud to carry the ball forward with my colleagues through this critical slate of legislation.”

The legislation passed by the Senate Majority, includes:

Bill Sponsor, Senator Neil Breslin said, “I am glad that this bill is a part of this important package. This bill prevents a public official from appointing members to an IDA board, and then allowing the IDA Board to appoint that public official to serve as a paid employee of the IDA.”

Bill Sponsor, Senator Leroy Comrie said, “As Chair of the Senate Corporation, Authorities, and Commissions Committee, I have remained laser-focused on improving transparency across the many public benefits corporations operating throughout our state. This comprehensive package of reforms will improve accountability and better ensure that these entities are operating responsibly and effectively. I thank Leader Stewart Cousins for spearheading this effort as well as my fellow bill sponsors and colleagues in the Majority Conference for supporting these common-sense reforms.”

Bill Sponsor, Senator Todd Kaminsky said, “Protecting our hard-earned tax dollars and putting an end to corruption must be top priorities. I am glad the Senate passed these crucial measures I introduced to safeguard public funds, put an end to shady conduct and ensure transparency and accountability. The days of IDAs being used as piggy banks for the politically connected are over. Long Island taxpayers deserve nothing less.”

Bill Sponsor, Senator John W. Mannion said, “Too often in Upstate cities, we witnessed businesses leaving town or closing their doors. IDA’s do important work to help foster the economic growth once lost. These bills ensure transparency in the ways in which IDA’s dispose of land, offer benefits, and notify the public”

Bill Sponsor, Senator Shelley Mayer said, “I am so pleased that the Senate passed this important series of bills requiring greater transparency by Industrial Development Agencies. IDAs play an important role in financing local development, but while the State grants IDAS the authority to make important decisions regarding local jobs, revenues, and development, that authority comes with the highest standards of accountability. I am particularly grateful that my bill to allow review by local comptrollers or Finance Commissioners passed as part of this package.”

Senator Jamaal Bailey said, “Sponsoring and promoting commercial activity and economic growth is one of the many roles of our government. Industrial Development Agencies (IDAs) are a great tool for our municipalities, but must not be misused and their focus should be supporting the growth of businesses, our economy, and bolstering our communities. This package of legislation works to reform Industrial Development Agencies, safeguarding the integrity of their purpose. Increasing financial and public transparency, along with eliminating governmental conflict of interests ensures that the true benefactors of IDAs is the public. I would like to thank Majority Leader Andrea Stewart Cousins for her leadership, as well as my colleagues who sponsored the pieces of legislation included in this package.”

Senator Alessandra Biaggi said, “Industrial Development Agencies are vital in promoting economic development and renewable energy projects throughout New York State. This legislative package will ensure that IDAs function in the best interest of New Yorkers and that they operate in an ethical manner. I thank my colleagues in the Senate and the Senate Majority Leader for working to preserve the integrity of our state government by passing this IDA reform legislation.”

Senator Elijah Reichlin-Melnick said, “Too often, Industrial Development Agencies have been abused by large corporations to win tax breaks for corporate interests while local small businesses and residential taxpayers continue to shoulder a high tax burden. I am proud to support the passage of these bills that will eliminate conflicts of interest, end the “race-to-the-bottom” between towns and cities in New York, and ensure accountability of IDA’s by allowing oversight from county comptrollers.”

Senator Sean Ryan said, “Today, we passed a wide range of legislation that will increase transparency and ensure accountability for the actions of IDAs throughout New York. These bills add important safeguards to ensure decisions about taxpayer dollars are always made in the public interest.”

Senator Toby Ann Stavisky said, “This legislation helps ensure that Industrial Developmental Agencies operate in an ethical manner by demanding transparency and accountability. Through the oversight outlined in this legislation, the public will be able to trust that these IDAs are practicing in good faith and in the public interest.”

Senator Kevin Thomas said, “Industrial Development Agencies are tasked with creating quality jobs and boosting our local economies. By requiring additional measures of accountability and transparency for IDAs, we can build more effective state and local partnerships, ensure IDAs are fulfilling their intended purpose, and strengthen public trust in government.”