Secrets To A Long-Lasting Relationship With Valentine’s Day 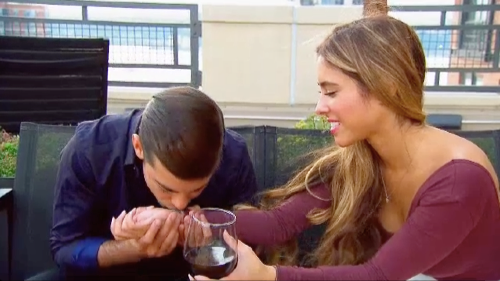 Every February 14th, 2017, starry-eyed couples celebrating Valentine’s Day strive to find just the right setting to create a romantic night on the town.

But relationships are about more than candle-light dinners and slow dancing in the moonlight, and making them last beyond the initial infatuation is no easy thing.

“Under the best of circumstances it takes much love, devotion and especially an enduring commitment between partners to make a relationship work,” says academic D. Scott Trettenero, author of Master the Mystery of Human Nature: Resolving the Conflict of Opposing Values.

“Unfortunately, there is no rule book or instruction manual that guarantees success.”

An obvious reason is that conflict is inevitable because men and women look at and approach their problems from different perspectives.

… when each side is entrenched in their conflicting way there will always be a lack or breakdown of communication.

“It needs to be stated that one way is not better than the other.  But they are opposing in nature and when each side is entrenched in their conflicting way there will always be a lack or breakdown of communication. This is the number one reason that couples can have problems in their relationships which can lead to separation.

“One side may try to get their point across using facts and deductive reasoning while the other side is wanting their feelings to be acknowledged and understood. It happens all the time in a typical relationship.”

But despite the normal complications, Trettenero says, it is really possible to make things work and thrive. Incredible life changing benefits can come from a healthy relationship and this needs to be kept in mind during times of misunderstandings and conflict.

There are a few core concepts about human nature that are necessary to grasp as you try and seek harmony in your relationship.

“Trying to give advice on how to make a marriage work is tricky, especially when speaking in general terms, because what might work for one couple might be exactly wrong for another,” Trettenero says.  “One thing is clear to those who are married and want to remain married; communication between partners is critical and deserves equal attention by both.

D. Scott Trettenero is an academic of human temperaments which formed the basis of his first book “Unlocking the T-Code.”  His recent book Master the Mystery of Human Nature: Resolving the Conflict of Opposing Values www.masterthemysterybook.com, helps readers learn about themselves, others and how the world really works because of our differences.