Screen Time Among Toddlers Has More Than Doubled Since 1997 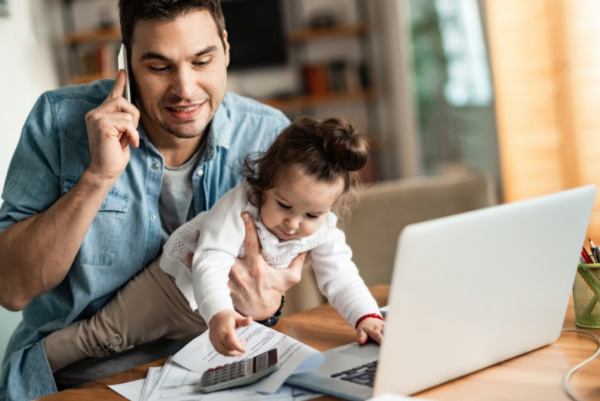 Screen time for kids under 2 has more than doubled since 1997, according to a study released Monday.

Researchers found that the amount of time young children spend daily watching television or using devices like smartphones, tablets, and computers has skyrocketed over the past two decades.

Among children in the 3 to 5 age range, screen time averaged 2.47 hours in 1997. That figure has remained roughly the same since then, the study found.

The study’s findings come amid growing concern about the effects of excessive screen exposure, especially when it comes to kids’ development.

Previous studies have suggested a link between excessive screen time and delays in cognitive, verbal, and social growth in young children, as well as an increased risk of obesity and sleep problems.

Last August, the American Heart Association said in a scientific statement that kids’ screen time should be limited to under two hours.

The organization said its main concern is that too much screen time can lead to obesity in children as a result of the sedentary behavior it can promote.

“Although the mechanisms linking screen time to obesity are not entirely clear, there are real concerns that screens influence eating behaviors, possibly because children ‘tune out’ and don’t notice when they are full when eating in front of a screen,” said Tracie Barnett, one of the authors of the statement.

The American Academy of Pediatrics (AAP) recommends that kids younger than 18 months get no screen time at all, and that children ages 2-5 spend a maximum of one hour in front of screens per day.

In an interview with CNN, Dr. Wendy Sue Swanson, a general pediatrician and chief of digital innovation at Seattle Children’s Hospital, said it’s particularly important that kids under 3 be provided plenty of opportunities to engage in creative play and interact with their parents at a developmentally appropriate pace.

“As a child’s brain is developing, particularly in the first 2 to 3 years of life, the brain is making wild, new novel connections. It is wiring and re-wiring,” Swanson said.

The new study has been published online in JAMA Pediatrics.