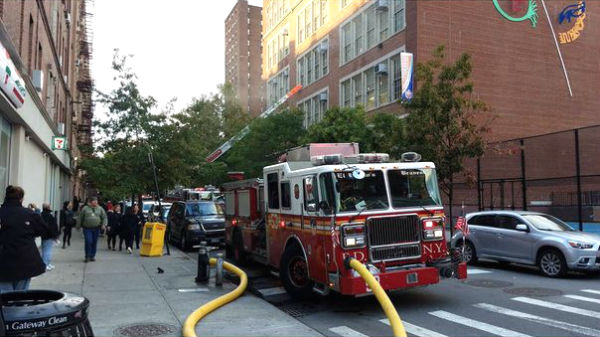 An East Harlem school was evacuated Monday afternoon when a “small fire” broke out an in electrical room, an FDNY spokesman said.

The fire broke out around 5 p.m. at the Lexington Academy school on East 104th Street and Lexington Avenue, an FDNY spokesman. The fire was located in a third-floor electrical room within the six-story school building, the spokesman said.

Nobody was injured during the fire or evacuation, an FDNY spokesman said.

Students were brought to Children’s Aid at 130 E. 101st Street between Park and Lexington avenues to await their parents for pickup, the NYPD’s 23rd Precinct said. The response to the fire should cause traffic delays on Lexington Avenue, police said.