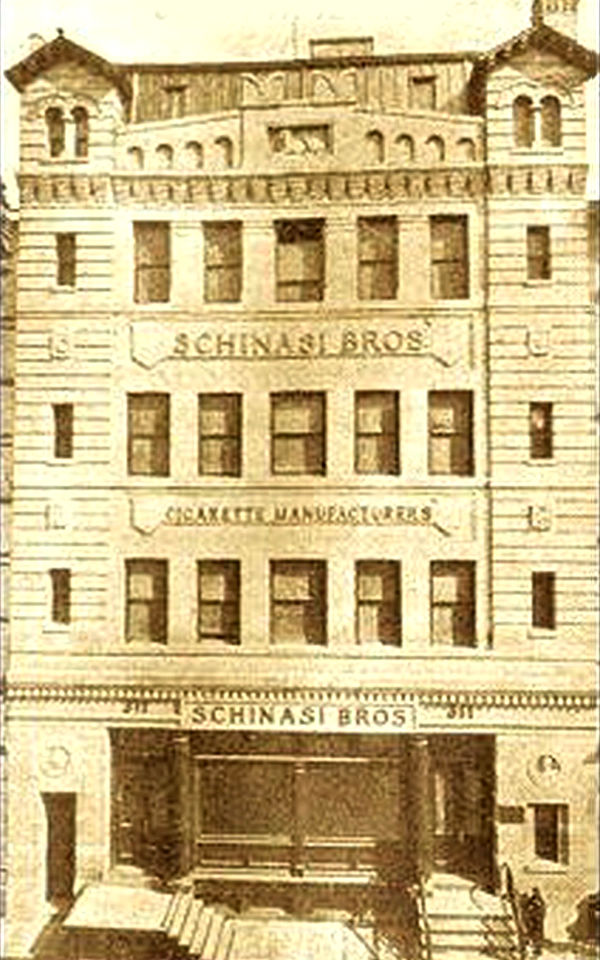 In 1904 this cigarette factory at 309-11 West 120th Street in Harlem was made the superior high-quality cigarettes made from expensive imported Turkish tobacco.

The cigarettes were the dream of the two Schinasi brothers when in 1893 they open a small factory at 48 Broad Street, New York City. Solomon and Morris (who had changed his name from Mustafa) were immigrants from Turkey who had learned to make a good cigarette in Alexandra, Egypt. The brothers arrived in America with a single secret cigarette blend of rich Turkish tobaccos that they had developed after years of experimentation. By 1904 the success of their Natural, Prettiest and Royal brands necessitated a move to a new and much larger six-story building on West 120th Street. The second floor of this modern factory (pictured above) was used to blend or mix the different Oriental tobaccos needed to make the popular Schinasi brands. The different cigarette blends called for the tobaccos to be mixed in blocks of 20,000 pounds at a time. Junior partner Morris made a yearly trip to the Schinasi purchasing house in Cavalla, Turkey where he supervised the selection of the many varieties of Turkish tobaccos needed. The Egyptian style cigarettes were rolled on the fourth floor using ten Ludington machines. As many as three hundred girls packed the finished cigarettes into the colorful Schinasi boxes on the third floor. 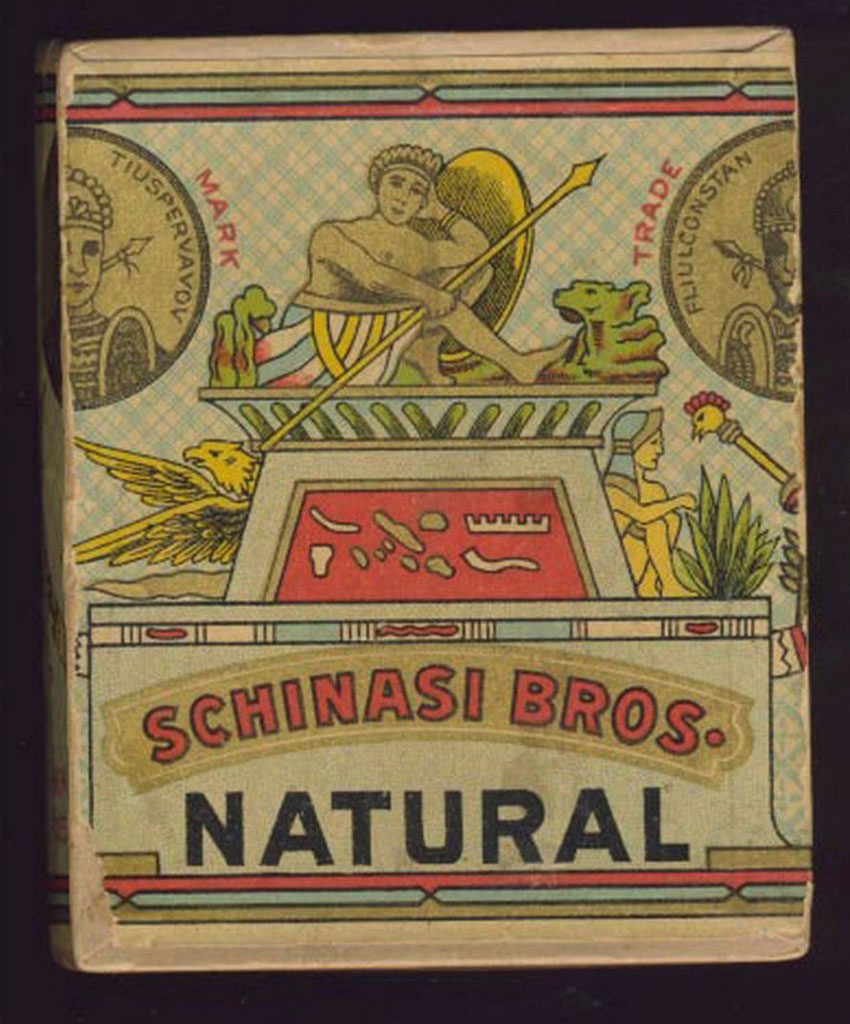 In a March 1904 interview, Solomon Schinasi stated that as long as he and his brother controlled their business, smokers could continual to expect the same high-quality smoke first produced in 1893. The brothers helped create a demand for Egyptian style cigarettes in the United States and managed to sell enough of their Egyptian Prettiest and Natural boxes for both to own homes in the expensive Morningside Heights section of Harlem.

Related:  Harlem's Espaillat Statement In Opposition To Proposed Changes To HUD’s Use Of Disparate Impact

Photo credits: 1-2) From the page Altina The Film.