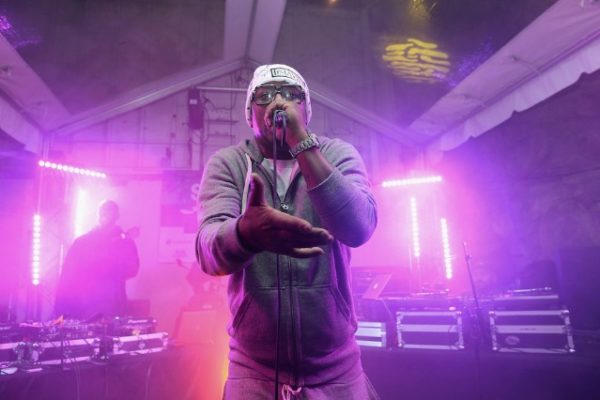 Cam’ron’s girlfriend passed away this week. Details are not in as of this writing but friends of Tawasa Harris have posted tributes to her on social media. One such friend, a woman named Latanya Marie, took to her Facebook page to memorialize Tawasa.

“R.i.p Tawasa… I didn’t sleep all night bc of all the old memories that kept poppin in my head of all the fun times we all had back in early 80’w/ my Cousin Teresa (r.i.p) how she would bring me down the bottom to your house and we would go up to Southwest Philly It was my first introduction to the the fast life –  a.k.a the streets,” she captioned a post that included pictures of Harris. “You Definitely lived by the words. “Fly 2 I die”. Say Hello to Tree 4 me in heaven.”

BET reports that the Dipset founder split from Juju in 2017 and announced that he and Harris were trying to work on their relationship.

In 2018, Cam’ron paid tribute to Harris with a touching tribute on Instagram where he described her as “tuff” and “cute.” He also touted her has a great mother to their son. The post also included video of Cameron Ezike Giles Jr.’s graduation from high school, after which father and son surprised Harris with a new Range Rover and several designer luxury items.

In early 2019 Tawasa posted that she and Cam’ron were together sparking rumors that they rekindled their romance 20 years after originally dating.

Our condolences go out to Tawasa Harris family and friends during this most difficult time and we’ll keep you updated as more details surrounding her death become available.