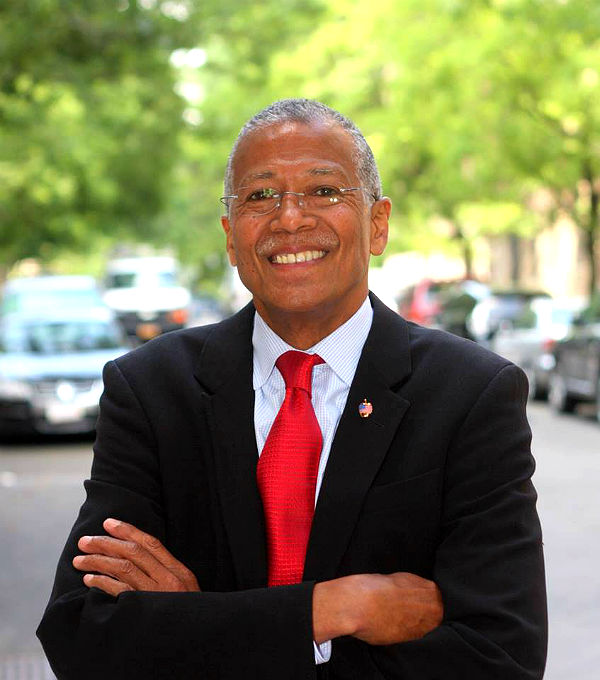 Residents of Washington Heights, Inwood, Harlem and Upper West Side the State Senate District 31 took to the polls Tuesday to vote for their representatives in the state legislature during this year’s midterm election.

Democrat Robert Jackson handily defeated Republican challenger Melinda Crump and Independence Party candidate Marisol Alcantara to win his first term in the senate. With 87 percent of precincts reporting, Jackson captured 88 percent of the vote compared to Crump’s 6 percent and Alcantara’s 4 percent according to unofficial results from the City Board of Elections.

Jackson defeated the incumbent Alcantara in the September primary election which saw most members of the Independent Democratic Conference lose their Democratic nominations.

The 31st Senate spans the Washington Heights, Inwood, Harlem and Upper West Side neighborhoods. This will be Jackson’s first term representing the area. Jackson previously served in the New York City Council.

Lines in some places stretched around the buildings where voting booths were set up, even in neighborhoods with no contested elections. Voters waiting outside PS 163 on the Upper West Side lined a full block between Columbus and Amsterdam avenues, a video posted to Twitter shows.

Despite the high turnout, the scene at many poll sites was bleak due to horrible weather and a general sense of dysfunction in how the election was managed. New Yorkers encountered widespread problems with the machines used to record their votes in Tuesday’s midterm elections, adding to long waits caused by the unusually high turnout. City officials blamed wet ballots on a rainy Election Day for jamming up scanning machines at dozens of poll sites in at least four boroughs.