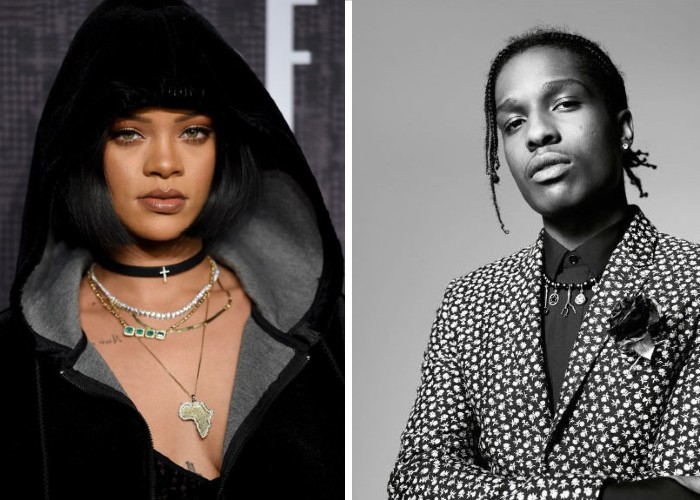 Although their parenthood wasn’t planned, they also weren’t against the idea. The two first met back in 2013 during Rihanna’s Diamond’s World Tour.

In May of 2021, he revealed that he and the R&B singer are dating. It was reported in January 2022 that the couple was expecting their first child.

Those pictures were taken in West Harlem under the arches of Riverside Drive Viaduct on 12th Avenue.

Later the couple began appearing at red carpet events showing off her pregnant belly while wearing beautiful maternity dresses: In early March she attended Paris Fashion Week wearing a transparent black lace cocktail dress designed by Dior that exposed her belly, then she wore a cropped criss-cross silver top and a sparkling silver skirt with a chain draped around her baby bump, and on Mother’s Day weekend she was spotted in a silver mesh crop top and a matching belted mini skirt.

What a way on embracing pregnancy through fashion.

It is reported by multiple sources that she had given birth to a baby boy who has yet to be named and was born in Los Angeles on Friday, May 13th 2022.

It is said that Rihanna wanted to have her baby in L.A. because she owns a home with a yard there, but the couple plans to raise their child in Barbados since their families are from there and the singer wants to keep him outside the world of show business.

Since giving birth, Rihanna has already become a wonderful mother. She’s enjoying the moments where she can sit outside with her son. She most likely won’t return to work anytime soon.

Even her parents have no doubt she’ll be an amazing mother. Her father, Ronald Fenty told US Weekly “I couldn’t be happier for my daughter. She’s always wanted to have kids.” Her mother, Monica Braithwaite is an incredible example; “My mother showed me how to fight obstacles in life.” Rihanna told extra “It’s not necessarily everyone’s dream to be a mom, but it’s mine.”

According to Hollywood Life, a source close to the couple says Rocky has been a major support for Rihanna and has taken his fatherly duties seriously.

He’s not holding back on changing diapers and waking up in the middle of the night to rock the boy back to sleep so she can get all the rest she needs. Having the “most fly baby on earth” is the last thing on his mind. Being grateful for having a healthy son is more important.

On May 14th, 2022, Rocky appeared on an episode of the podcast “Drink Champs” hosted by fellow New Yorker and hip-hop artist, N.O.R.E. and DJ EFN when asked about fatherhood, he states “I’m proud, man.” You can watch the entire interview on the REVOLT YouTube channel.

Also, did you know A$AP Rocky’s father is from Barbados?