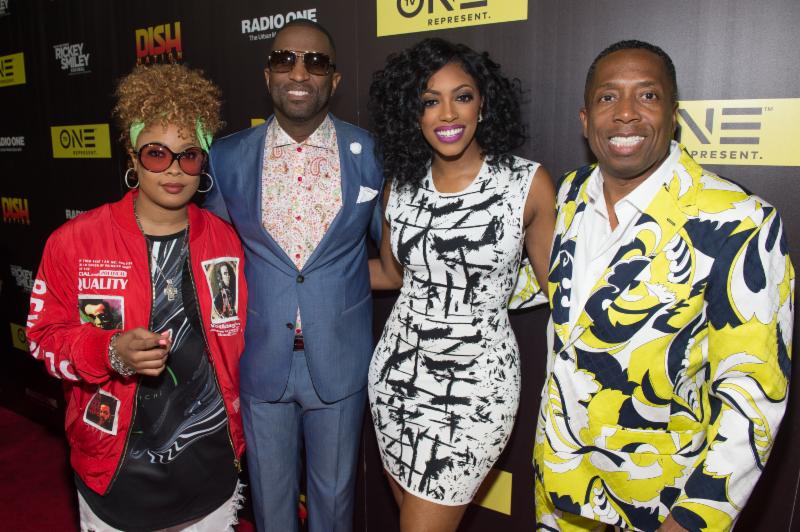 TV One announced today that production is currently underway on season five of hit franchise Rickey Smiley For Real,

a one-hour docu-series featuring award-winning syndicated radio personality, host and stand-up comedian Rickey Smiley, as he tries to juggle his career and home life.This season premieres on Tuesday, October 30 at 8 p.m. ET/7C and captures Smiley as he continues to navigate the ups and downs of professional demands, single fatherhood and intimate relationships. Shooting in Atlanta, where he resides during the week, and in his hometown of Birmingham, Alabama, where he raises his family, Smiley’s struggle to find work-life balance while trying to maintain a love life has become a central focus and source of laughter for fans of the show.

“I’m excited that TV One is bringing Rickey Smiley For Real back for a fifth season. It’s truly been an honor to share my family with the world. Through my partnership with production company Bobbcat Films, we aim to create television the whole family can watch together,” says Rickey Smiley.

Infusing his authentic brand of comedy into every situation, this season Rickey Smiley For Real will deliver more of the 3 F’s – Fun, Family and Frama. “Frama” is the family drama that only people in Rickey’s close-knit circle can bring. At home, Rickey is turning 50 and dealing with everyone trying to turn his special day into something they want. Meanwhile, Rickey’s college-aged daughter D’Essence Smiley gets arrested for two DUI’s, Aaryn’s mom gets remarried, and Rickey now has 4 new teens living in his house courtesy of his over-the-top cousin.

Over at the radio station, fresh off her performance in the stage play “Set It Off,” Da Brat has decided that she wants to be the next female entertainment mogul. Headkrak and Beyonce have started an event planning company, while Juicy wants to start a surprising new side hustle! Porsha Williams tries to play matchmaker for Rickey, and Gary has discovered that he has a life-threatening health issue that he refuses to let conquer him. While the situations are at times as serious as they come, Rickey’s unique humor and perspective on life adds just the special ingredient to make season 5 the most exciting, emotional and entertaining season ever!

Rickey Smiley For Real is produced by Bobbcat Films for TV One with Rickey Smiley and Roger M. Bobb as executive producers, and Angi Bones as co-executive producer. For TV One, Susan Henry and Gold Morgan are executives-in-charge of production; Donyell McCullough is Sr. Director of Talent & Casting; and Robyn Greene Arrington is Interim Head of Original Programming and Production.

For more information go to www.tvone.tv

For more information go to www.urban1.com

For more information go to http://therealrickeysmiley.com/