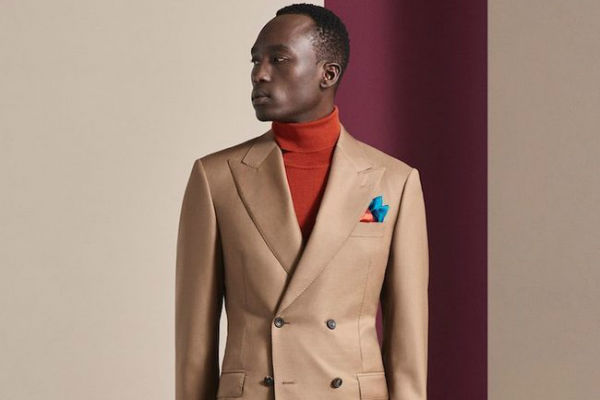 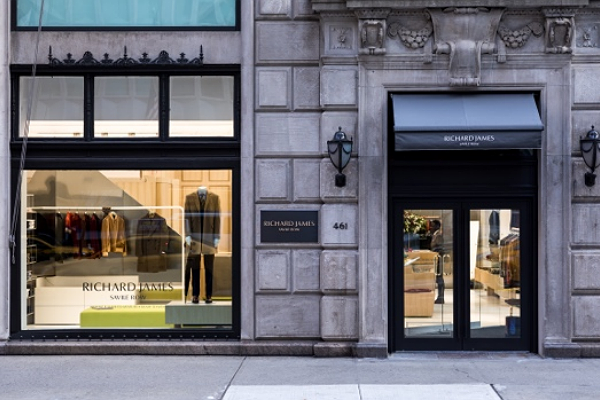 The store is delicately divided into two main areas, Ready-to-Wear and Bespoke. The areas are separated by a translucent screen treated with a dichroic film that varies in color, luminosity and reflectiveness. This free-standing screen becomes the central feature of the new space, operating both as a vibrant backdrop to the displays in Ready-to-Wear, and a circulation distributor, concealing the private Bespoke area. The element that blends the two together is a stretched ceiling, which conceals an adjustable ambient light system, providing a changeable personality. This becomes a canvas for future art-driven installations.

This is a natural progression for us as well as a very exciting one. Richard James has always appealed to men of a certain attitude more than any defined demographic and we’ve had a very strong following in New York ever since we opened our first store on Savile Row. We just feel that we’re at home here.

Richard James recently completed a collaboration with Swarovski, to celebrate the musical fantasy Rocketman, which took the shape of co-curated in-store displays—in both London and New York—complete with original outfits from Sir Elton John’s legendary career. A long-time friend of the Richard James brand, Elton John gave access to his personal archive to facilitate the loan of a few key Richard James outfits including his “Dot” suits and a crystal tailcoat worn during his Las Vegas residency. These showcased Richard James’s exquisite craftsmanship with an injected sense of humor reflecting John’s charismatic personality. 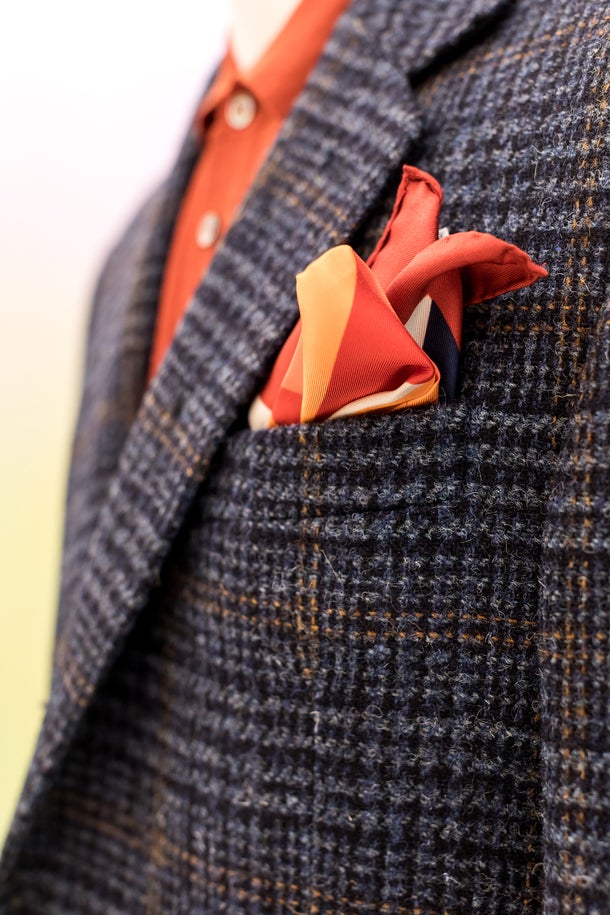 Established in 1992 by Richard James and Sean Dixon, Richard James quickly established a reputation for itself as a leading luxury brand that has set the standard for contemporary tailoring and menswear. In the last 25 years, the label has achieved international commercial and editorial success, while retaining its cult status among the fashion, pop and film cognoscenti. Vibrant color, clever cut and offbeat combinations set the Richard James collections apart from other menswear designers. The collection is carried by leading retailers around the world, including Barneys New York, Harrods, and Mr. Porter, among other leading retailers globally.