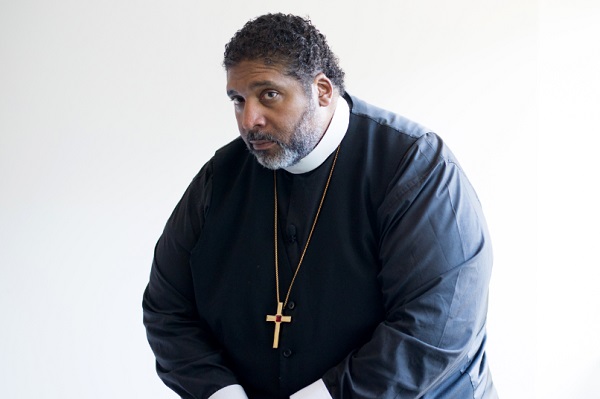 Rev. Barber, pastor of Greenleaf Christian Church in Goldsboro, North Carolina and president of the North Carolina conference of the NAACP (2005–2017), is a champion of social justice and tireless advocate for building a broad-based grassroots movement to confront systemic racism, poverty, environmental devastation, the war economy and the distorted moral narrative of religious nationalism in America today. When his work to expand voting rights, health care, living wages, immigrant rights, public education, and LGBTQ rights were thwarted by extremist state lawmakers in North Carolina, Barber began a series of “Moral Monday” rallies outside the statehouse in Raleigh to protest laws that suppressed voter turnout, cut funding for public education and healthcare, and further disenfranchised poor white, black, First Nations, and LGBTQ communities.

Rev. Barber is a co-founder of the new Poor People’s Campaign, which in 2018 launched 40 days of moral, nonviolent civil disobedience in support of poor people’s rights in 40 states and Washington, D.C., resulting in over 5,000 acts of simultaneous civil disobedience in 36 state capitols and the U.S. Capitol. He is also the founder of Repairers of the Breach a leadership development organization, and a distinguished visiting professor at Union Theological Seminary in Harlem, NY.

For more information on the service, visit this page.