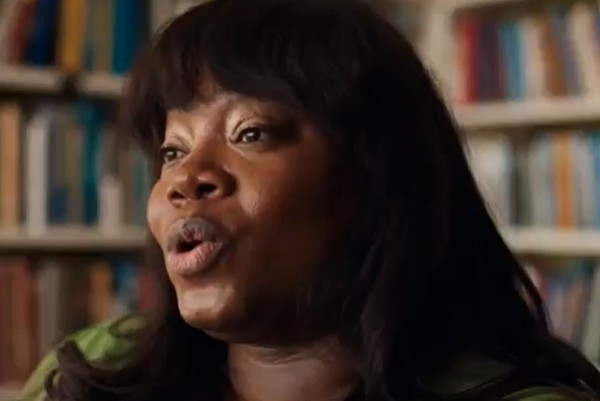 Rémy Martin expands its time-honored tradition of celebrating the sounds of local communities by announcing, “Voices of Harlem” a partnership with the Harlem Writers Guild.

The partnership pays homage to the written word and voices of those from the Harlem Renaissance era.

The series highlights the parallels between music and poetry as powerful means of expression and cultures of excellence.

“At Rémy Martin, celebrating cultures of excellence is deeply rooted in our heritage,” said Tina Reejsinghani, Vice President at Rémy Martin Americas. “With our long-standing relationship with the music world, we recognize that within music there is poetry. We are honored to team up with the Harlem Writers Guild to support this community and amplify local voices and artists.”

Through curated content, poems from iconic African American poets of the early 20th century are read by Harlem poets of today.

Featured is Gift to Sing, Mother to Son, Harlem Wine, and My Little Dreams, each with a unique sound but similar origin story; all with roots in Harlem, New York.

The backdrop to the poet’s voices are four different musical melodies created by Grammy-Award-winning producer Jermaine Dupri, as a tribute to the golden age of African American arts that has deeply inspired his personal journey as a musical artist.

“To me, poetry is a form of rap music because it allows you to express yourself at the highest level without boundaries,” said Jermaine Dupri. “I’m thrilled that Rémy Martin and the Harlem Writers Guild involved me in this project so that I could use my personal form of expression through music to build upon the power of these legendary words.”

The explosion of artistic excellence during the Harlem Renaissance sparked a movement that significantly shaped American culture from that point on, and the root of it all can be drawn back to the streets of Harlem.

Rémy Martin’s commitment to celebrating the best that communities and cultures have to offer mirrors the Harlem Writers Guild’s ambition of amplifying the voices of local artists in Harlem.

This physical ground of the Fine Champagne region of Cognac, France has cultivated Rémy Martin’s legacy and spirit for nearly 300 years, and it is the reason the Cognac house stands firmly behind its terroir.

“It is important for us at the Harlem Writers Guild to reach younger generations because we want to pass along this extraordinary, historic art form in a way that young people recognize and can build upon using their own voices today,” said Diane Richards, Executive Director of the Harlem Writers Guild. “Teaming up with Rémy Martin on this project allows us to nurture African American literary legacy and inspire voices of the future.”

Rémy Martin has made a donation to the Harlem Writers Guild as a commitment to preserving cultures of excellence and amplifying African American voices.

Since 1724, the House of Rémy Martin has produced premium spirits that consistently appeal to the world’s most discerning connoisseurs.

A profound love of the land, a continuity of family ownership, and a passionate commitment to excellence have sustained Rémy Martin for nearly three centuries.

As a result of its masterful production and generations of tradition in  Cognac, the House of Rémy Martin today produces Fine Champagne Cognacs, including Rémy Martin® XO, Rémy Martin® Tercet,  Rémy  Martin  1738®  Accord  Royal, and Rémy  Martin®  V.S.O.P.

The Harlem Writers Guild presents the experiences of Black people through the written word. We create and publish compelling literature of all genres reflective of the African American and African Diaspora experiences of struggle, survival, and success, using our art to embrace, promote and sustain Black voices, young and old.

With an active membership of passionate, determined writers, the Harlem Writers Guild is a forum where African American writers can develop their craft.

With over 70 years of literary excellence, the Harlem Writers Guild is the oldest literary organization dedicated to Black writers. www.TheHarlemWritersGuild.org

With over 400 million records sold to date, Jermaine Dupri, a member of the Songwriters Hall of Fame is one of most successful producers in the music industry.

Dupri has established a prolific career as a hip-hop artist, producer, songwriter, author, DJ, and CEO of So So Def, which he founded in 1993. He is one of only a few producers in music history to garner four positions in the Top 10 on Billboard’s Hot 100 chart at one time and have the Song of the Decade as one of his credits.

He is also the first recipient of the Billboard Otis Redding Excellence Award for his achievements both in and outside the studio. Jermaine Dupri is exclusively managed by Melinda Bell of Straight Up Entertainment Group.