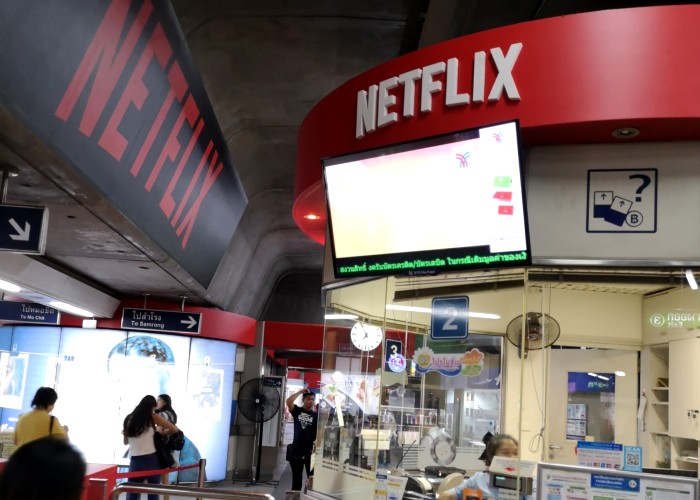 In perhaps another sign of rising inflation, Netflix is launching a trial program that will charge an extra fee for customers who share their password with someone outside their household.

The company already has a plan tier for multiple profiles. The plan for multiple users costs a little more than the standard plan.

“While these have been hugely popular, they have also created some confusion about when and how Netflix can be shared,” Netflix said in a statement. “As a result, accounts are being shared between households – impacting our ability to invest in great new TV and films for our members.”

In other words, the company needs to increase revenue from its current subscribers. It said it has been working on a system that will enable customers to share accounts with someone outside their household by paying an additional fee.

Customers in the U.S. won’t be affected right away. The password sharing fee will be implemented first in Chile, Costa Rica, and Peru.

U.S. customers taking to Twitter in the wake of the announcement weren’t happy. One person cited by NPR noted that family relationships can be complicated.

“How do you expect families to handle password sharing in the case of divorcees, their children, or college students away from home?” one user asked. “We already pay a lot for it, now you’re just milking us for every dollar spent.”

Netflix customers posting reviews at ConsumerAffairs often say the cost of the service is already too much. Joe, of Egg Harbor City, N.J., also says Netflix content is becoming less relevant for a U.S. audience.

“Once, Netflix led the way in Western entertainment, but as of late, almost all of their new content is made for international audiences,” Joe wrote in a ConsumerAffairs review.

“It is no wonder that their stock took a 25% shave and they are losing subscribers to their growing competitors.”

Netflix, meanwhile, says its plan will be a good deal for everyone involved. Members on the Standard and Premium plans will be able to add sub-accounts for up to two people they don’t live with – each with their own profile, personalized recommendations, login, and password – at a lower price. In Costa Rico, that cost is around $3 a month.

“We recognize that people have many entertainment choices, so we want to ensure any new features are flexible and useful for members, whose subscriptions fund all our great TV and films,” Netflix stated.

The company said it will use the trial period in the three Latin American nations to understand the utility of the new features before making changes anywhere else in the world.