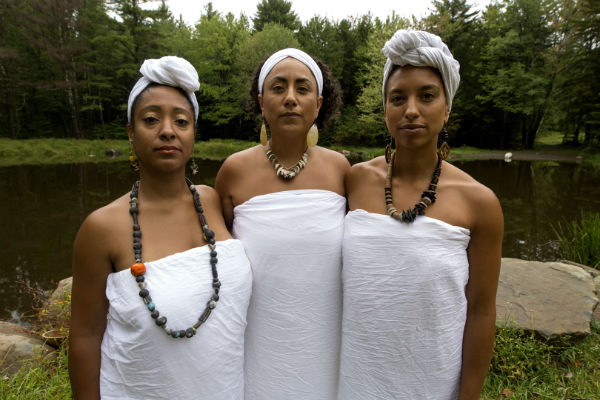 The Reel Sisters of the Diaspora Film Festival & Lecture Series — the first Academy Qualifying Film Festival devoted to women filmmakers — will present an exciting lineup of films dedicated to self-care, wellness and healing. Starting with an official Harlem kick-off on Saturday, October 5 at Dwyer Cultural Center, Reel Sisters will host a six-week event series throughout New York City.  For schedule and tickets, visit reelsisters.org or call 212-865-2982.

The theme for this year’s festival is #IGotYourBack: A Time for Holding Space & Healing, which showcases films dedicated to looking out for one another made for and by women with over 40 films being screened during the season.

Reel Sisters will celebrate the evening with a screening and talkback of Toni Morrison: Pieces I Am to pay tribute to Ms. Morrison’s legacy to artists and writers. Award-winning producer/actress Andrea Lewis (Degrassi: The Next Generation

), Reel Sisters 2019 curator, will serve as our esteemed Mistress of Ceremonies for an exciting evening of fun, film and networking! Special guests and honorees TBA.

On October 19th and 20th, the 22nd anniversary of Reel Sisters kicks off at the Alamo Drafthouse.  Film screenings will be held from 1 pm-6 pm. A special feature presentation will be held at LIU’s Kumble Theater, located across the street from the Alamo on Flatbush Ave. between DeKalb Ave. and Willoughby St., at 7 pm.

This diverse slate of films, handpicked by our festival curator, Andrea Lewis, deals with topics ranging from love to coming of age.  Additional films TBA.

Love Escapes Us is the compelling tale of the cycle of love and heartbreak as told through the experiences of two people who fall in love during the wrong season.

A vignette of an intimate bond.

Perception is made up of four vignettes of people showing the difference between what they see and what is true, proving that in life and love, perception is everything!

Everyone is growing up except Patrice. But when a raunchy rumor threatens her best friend’s reputation, she’s forced to join the party and embrace adolescence.

In the aftermath of an assault, a woman tries to come to terms with the violation, or just get through her day. Director Naima Ramos-Chapman uses an unexpected dose of magical realism to express a poetic response to a loss of dignity.

Ballet After Dark tells the story a young woman who found the strength to survive after an attack. She created an organization that is helping sexual abuse and domestic violent survivors find healing after trauma through dance therapy.

Reel Sisters Film Festival offers affordable ticket prices. A one-day pass is $20 (Save: $30) and a section pass is $12. Awards ceremony tickets are $35 ($30 for 2+ tickets). Students, seniors and group discounts are available. Purchase tickets at the website www.reelsisters.org.

Founded in 1997 by African Voices magazine and LIU Brooklyn Campus, Reel Sisters is among the first film festivals dedicated to supporting women of color filmmakers. Known for celebrating both veterans and rising stars alike, Reel Sisters has honored everyone from Radio One founder Cathy Hugues to HBO’s Insecure writer and director Issa Rae.  The Reel Sisters of the Diaspora Film Festival is supported, in part, by Council Members Farah Louis (35 C.D.) and Laurie Cumbo (45 C.D.), New York State Council on the Arts, ALOFT, and Brooklyn Arts Council.