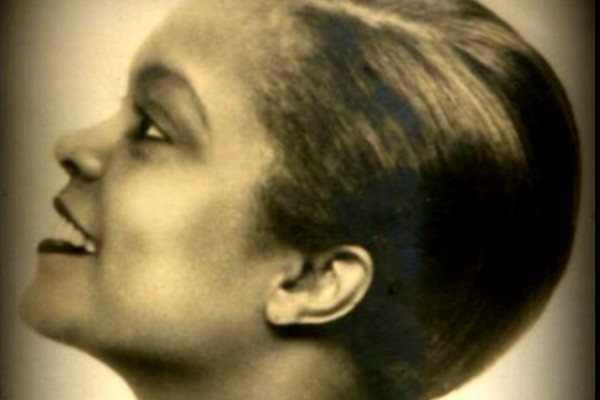 Florence Mills, known as the “Queen of Happiness” was one of the most successful entertainers of the 1920s.

Many spoke about her enchanting qualities, but it was her singing that was most spellbinding. James Weldon Johnson’s assessment was that “the upper range of her voice was full of bubbling, bell-like, bird-like tones. It was a rather magical thing Florence Mills used to do with that small voice in her favorite song, ‘I’ and she did it with such exquisite poignancy as always to raise a lump in your throat.”

Florence, the youngest of three daughters of John and Nellie (Simon) Winfrey, was born on January 25, 1895. There are many facts of her early life that are not known for sure. It is known that both her parents were born in slavery in Amherst County, Virginia, and worked in the tobacco industry until they had to move because of economic depression in the tobacco industry. They moved from Lynchburg to Washington, D.C. where John was a day laborer and Nellie took in laundry. Both parents were illiterate.

The high point of her childhood was her appearance in the road company production of Bert Williams and George Walker’s Sons of Ham. As a result of her success, the traveling white vaudeville team of Bonita and Hearn hired her. Florence then moved to New York with her mother and sisters and by age fourteen had organized a traveling song and dance act with her sisters known as the Mills Sisters. From then on, Florence Mills was the name she used.

Just before World War I she moved from Vaudeville to Cabaret and was hired at the Panama Café on State Street by Ada “Bricktop” Smith. She formed the Panama Trio, a singing group, along with Bricktop, Cora Green, and others, including Tony Jackson on piano. That did not last long, though, because the Panama Café was thought of as a center of vice and was closed down. Mills then returned to Vaudeville and joined a traveling black show known as the Tennessee Ten. While there she met Ulysses “Slowkid” Thompson, who was known as an acrobatic, tap, and “rubber legs” dancer. They became romantically involved, got married (her second marriage), and were together until her death.

Because of her many successes, she received an offer to replace Gertrude Saunders as the lead in Shuffle Along, music and lyrics by Noble Sissle and Eubie Blake, and book by Flourney E. Miller and Aubrey Lyles. The show opened in New York in the spring of 1921 and was an immediate hit. Langston Hughes believed Shuffle Along initiated the Harlem Renaissance and inaugurated the decade when “the Negro was in vogue.” It was Mills’ dancing that completely stunned the audience.

Mills’ popularity didn’t mean race and racism were no longer realities; Irving Berlin said if he could find a white woman who could put over a song like Mills, he would be inspired to write a hit a week. 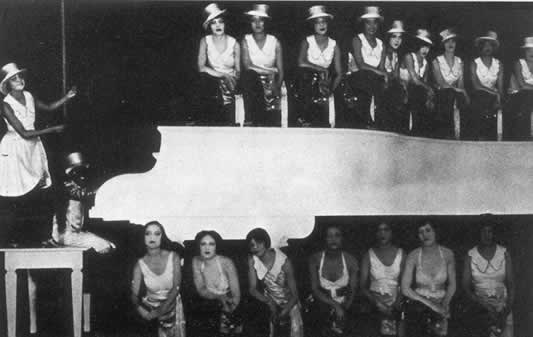 After Shuffle Along Lew Leslie, a white promoter hired Mills and Thompson to appear nightly at the Plantation Club. The revue featured Mills and a wide range of black talent including visiting performers like Paul Robeson. In 1922, Leslie turned the nightclub acts into a Broadway show called The Plantation Revue. It opened at the Forty-eighth Street Theatre on July 22. With these recent successes, Florence became the black female performer with the potential of breaking into the racially restricted show business establishment.

At this time, Sir Charles B. Cochran was looking for attractions for the London stage. He took the Plantation Company to the Pavilion in the spring of 1923 even though there were still racial problems. “Nigger Problem Brought to London” ran the headline of one of Hannen Swaffer’s articles in the Daily Graphic. The Show Cochran devised was called Dover Street to Dixie and was cast by an all-English cast in the first half and Mills and the Plantation cast in a variation of their standard routine in the second half.

In 1923, upon her return to New York, Florence received an invitation to appear as an added attraction in the Greenwich Village Follies annual production. This was the first time a black woman was offered a part in a major white production. She was also offered a contract to join the Ziegfield Follies but turned it down. She decided to stay with Lew Leslie to create a rival show with an all-black cast. She felt she could best serve the race by providing a venue for an entire company. That same year Leslie took her to London in Dover Street to Dixie, which became Dixie to Broadway when it opened in New York on October 29, 1924. Also around that same time, Duke Ellington was beginning his career as a composer. One of the first musical portraits he wrote was written for Florence Mills. It was called “Black Beauty”. 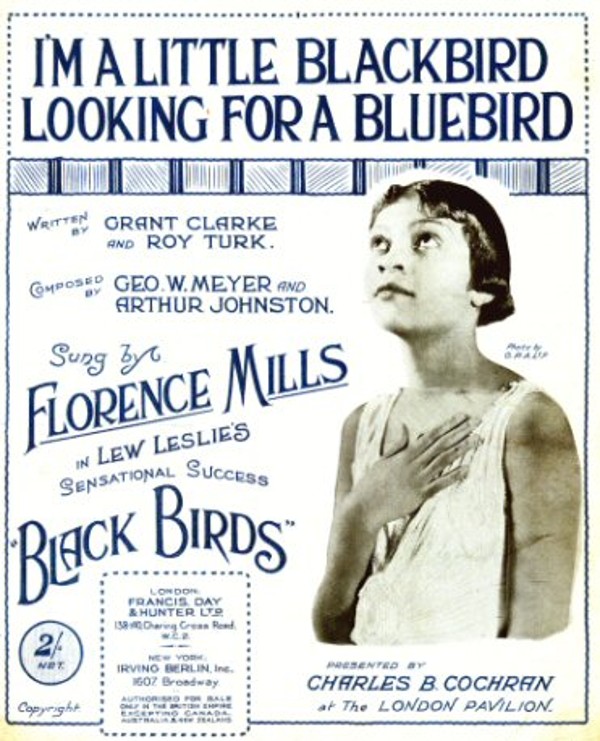 In 1926 Leslie produced Blackbirds, first in New York, then in Paris. Mills had achieved her goal of creating a major all-black revue with the opening of this show at the Alhambra Theatre in Harlem. The show then moved to London’s Pavilion Theatre and enjoyed 276 performances. The Prince of Wales was said to have seen the show more than twenty times and Mills became so popular that she became to London what Josephine Baker was to Paris.

Exhausted from so many straight performances, Mills went to Germany to rest but her condition did not improve. In 1927, she returned to New York to a royal welcome and decided to have an appendectomy she had put off for too long. On October 24, 1927, she entered the hospital for the operation. The doctor had very little hope for her recovery and one week later, on November 1, 1927 Mills died.

Mills saw her work as a crusade on behalf of racial understanding. She believed that every white person pleased by her performance was a friend who won the race.

As a member of the jazz community, I am writing in support of honoring the American singer and dancer Florence Mills by the creation of the Florence Mills Plaza in St.Nicholas Park in the vicinity of 135th Street.

Florence Mills was a star performer during the Jazz Age and the Harlem Renaissance. She was the lead in Shuffle Along, the musical composed by Eubie Blake with lyrics by Noble Sissle and book by Flournoy Miller and Aubrey Lyles. According to the Harlem chronicler James Weldon Johnson, Shuffle Along marked a breakthrough for the African-American musical performer. The show opened in 1921 and ran for 504 performances, and was credited with inspiring the Harlem Renaissance. of the 1920s and 1930s. Ms. Mills danced in Plantation Revue on Broadway and then opened in London in 1923 in the show Dover Street to Dixie. In 1924 she headlined at the Palace Theater in London, the most prestigious booking in vaudeville and in 1926 opened in Lew Leslie’s Blackbirds, which ran for more than 300 performances in London.

Upon her early death in 1927, more than 10,000 people visited the funeral home to pay their respects. Duke Ellington memorialized her in his composition “Black Beauty.”

Naming the Plaza in honor of Florence Mills will pay tribute to her pioneering achievements. It will ensure that knowledge of this great performer and her role in the Harlem Renaissance will be highlighted and will be an inspiration to future generations.

I hope you can support this effort. If you know others that are willing to send a letter via email,  please share. Sorry for the last-minute request.