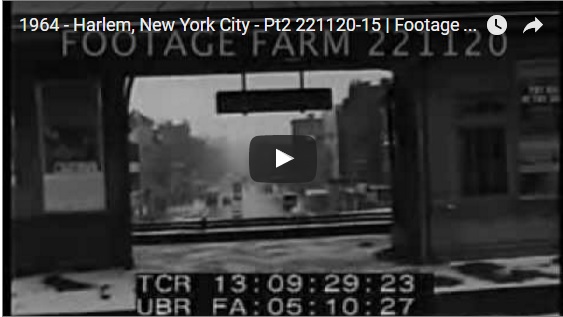 The videos is filmed on a snowy winter day with a panoply of little-known to legendary places, spaces, and faces throughout Harlem, New York.

There is the Venice Bar next to Amsterdam News office with sign-in window barring unescorted women (re prostitution); “this is a Raided premises – Police Dept,” Club Baby Grand, Frank’s Restaurant.

Then there is the handwritten sign “The Frost Gospelaires,” Bridge of 125th Street subway station and street signs nearby, Grand Union Hotel with flashing sign and much more.

Do you have any memories of these locations?