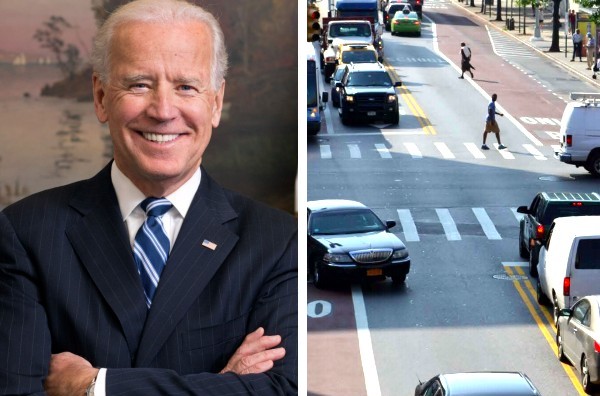 In additon to a major commitment of federal resources dedicated to tackling the gun violence crisis plaguing New York City and other communities across the country.

President Biden committed that the federal government would focus law enforcement resources on cutting off gun trafficking and the “Iron Pipeline,” while scaling up innovative models pioneered in New York City to get guns off the street and stop violent crime.

“I came to the president with a bold agenda, and together we are delivering the safety New Yorkers and Americans need and deserve,” said Mayor Adams. “It’s true in New York, and it’s true across the country: There is no prosperity without public safety. We must and we will break the iron pipeline, get guns off the street, and lift our communities up. Thanks to President Biden, the cavalry has arrived, and we will tackle the gun violence epidemic head on to build a safer, stronger city.”

“Mayor Adams, you say that gun violence is a sea fed by many rivers,” President Biden said at today’s meeting. “Well, I put forward a plan to dam up some of those streams. You can count on me to be a partner in that effort.”

President Biden added, “Mayor Adams, you and I agree: The answer is not to abandon our streets — that’s not the answer. The answer is to come together, police and communities, building trust and making us all safer.”

“Today, in addition to visiting NYPD headquarters and pledging support to the men and women of law enforcement, the president committed to substantive action,” said New York City Police Commissioner Keechant Sewell. “From creating a gun trafficking strike force here in New York City, to launching a National Ghost Gun Enforcement Initiative, to cracking down on the “Iron Pipeline,” these efforts are essential to our intelligence-driven approach to eradicating gun violence on New York City streets. There is a need for all of us — law enforcement, elected officials, community leaders, clergy, and the public — to join together to rebalance justice with fairness. The time for action is now to ensure a safe city for our children, neighbors, and brave police officers.”

The White House and U.S. Department of Justice (DOJ) announced a set of important new actions to stem the flow of firearms used to commit violence and support local law enforcement partners’ efforts to combat gun violence. DOJ will: