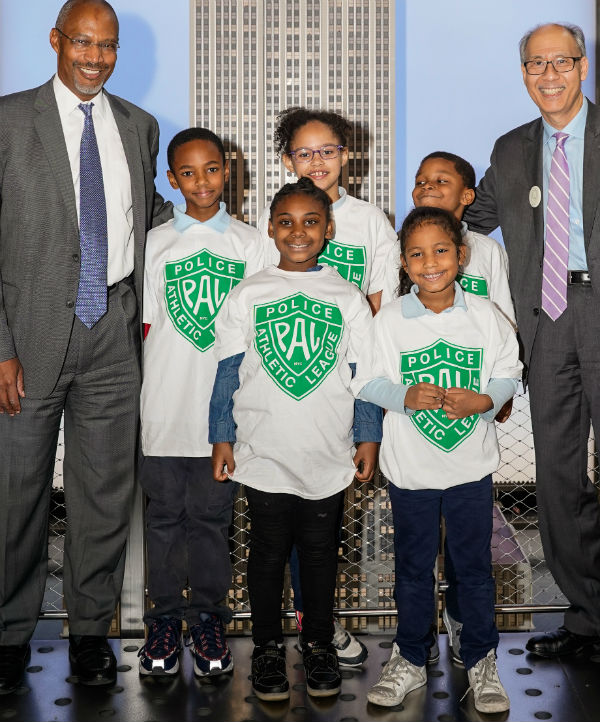 The group was joined PAL Executive Director Frederick J. Watts and Dept. of Youth and Community Development Commissioner (DYCD) Bill Chong to light up the Empire State Building in New York City to celebrate the nationwide Lights on Afterschool initiative, a project of the Afterschool Alliance. Lights On Afterschool showcases afterschool programs that keep kids safe, inspire them to learn and help working families. More than 1 million people across the United States celebrated the afterschool programs that support children, families, and communities including the Police Athletic League in New York City.