Players The New York Knicks Should Target In The 2021 NBA Draft, Including One Illinois-Born Superstar 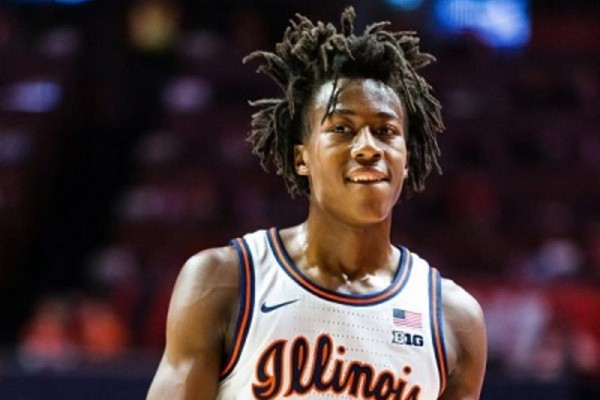 The National Basketball Association has had to endure a shorter wait than normal between Draft classes, and the New York Knicks will be eager to build on their first playoff appearance in eight years.

Tom Thibodeau’s outfit fellow out in the first round against the Atlanta Hawks, but four potential picks in the Draft puts New York’s most successful franchise in the frame for major improvement.

Of course, it’s not expected that the team will actually use up that many selections, having not picked four prospects in the same Draft since 1987. Instead, it’s anticipated the Knicks will use one or some of their picks as bartering credit, but they’ll nonetheless have their crack at some promising talent over the course of two rounds.

Many coaches have likely altered their strategy after seeing a selection of the best young talents ball at this year’s NBA Combine at the Wintrust Arena and Marriott Marquis in Chicago, Illinois.

The Knicks have in recent history struggled to attract some of the Draft’s truly top talents, but The New York Post said that’s all set to change following their 4-1 thrashing against the Hawks.

There are bigger, more physically imposing members of the Illinois Fighting Illini who have grabbed attention this past year, but 6’4” Quamdeen “Ayo” Dosunmu demands his own spotlight.

And Harlem bettors could do a lot worse than to back the Illinois native to be the Knicks’ first pick in this Draft, with one of their selections at No. 19 or No. 21 likely to be necessary if they want to land him, told us Illinois-based betting experts.

The Illinois native raised his game in just about every field this past season and set new personal college bests in points per game (20.1), assists per game (5.3), and rebounds per game (6.3) before declaring himself eligible in April:

The Illinois Fighting Illini have had 68 players taken in the NBA Draft since the event began in 1947, but none since Meyers Leonard was picked in the first round back in 2012.

After playing a major role in his side winning the Big Ten Tournament earlier in 2021, there’s a good chance Dosunmu could be one of several Illinois-based bets worth placing this year.

Born and raised in New York, Tyson Etienne moved to four different high schools in his efforts to realize the NBA dream and is now on the verge of moving into his junior year at Wichita State.

That’s unless the 6’2” shooting/point guard hybrid is taken off the NBA board later in July after he was named Player of the Year in the American Athletic Conference (AAC) this past season.

If there is one desperate need for the Knicks during this off-season, it’s a point guard, and Etienne could tick the right boxes for their No. 58 selection provided he’s still up for grabs at that point.

Not only is the 21-year-old strong and athletic having averaged more than 16 points per game in his 22 starts this past season, but he’s also a dab hand at photography:

And speaking of point guards, New York’s No. 32 picks could be perfectly placed for a look at West Virginia’s Miles McBride, whose stock has soared in the wake of his display at the NBA Combine in Chicago.

In truth, McBride’s profile has grown so much in recent weeks that it would be a surprise should the 20-year-old make it as far as 32 without being selected.

The player’s 6’2” height has been called into question, but a wingspan of just under 6’9” tends to help get him out of all kinds of sticky situations:

A hard-working offensive contributor with 40 percent three-point shooting and great perimeter defense, the Knicks are getting a steal if McBride is still on the table come their third pick.

One international specimen who’s had decent coverage in this year’s mock draft array is Croat Roko Prkacin, a 6’8.5” power forward who won gold for his country at the 2018 European Under-16 Championship.

Still only 18, Prkacin has grown into his professional roots with ease and debuted for current employers Cibona in early 2019, going on to become the franchise’s youngest-ever captain (17 years, 10 months).

He’ll be the youngest player in attendance at the Draft, the son of a basketball legend in his native Croatia, and the Knicks should be very excited about his blend of big-man metrics blended with small forward scoring.