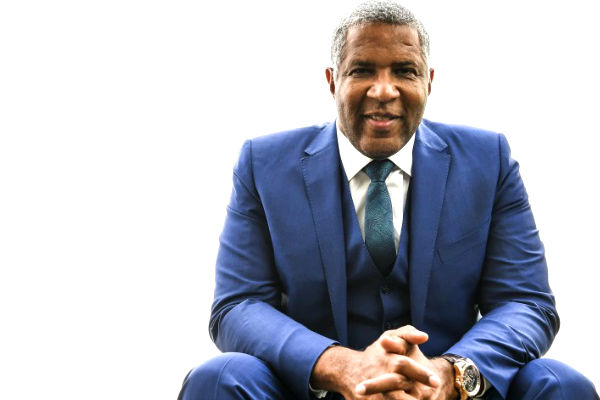 as its Special Recognition Honoree

at Carnegie Hall, on March 3, 2020. The evening celebrates and honors men and women who are champions to values so dear to The World Values Network, which will be demonstrated by the evening’s honorees, which also include American Ambassador to Israel David Friedman, Judge Jeanine Pirro, Former Four Time Heavyweight Champion of The World Evander Holyfield, and American Ambassador to Poland Georgette Mosbacher will be in attendance as well.

The Champions of Jewish Values International Awards Gala, now in its eighth year, celebrates individuals who honor human rights while defending the protections and values of democracies.

“Robert F. Smith’s philanthropic works are something that we all can aspire towards, and delighted that he has accepted this award on behalf of our organization,” Rabbi Shmuley said. “In this trying time for the Jewish community, Smith’s acceptance of our organization brings us hope for a better tomorrow.”

In addition to Smith, the gala promises to be an unforgettable celebration of the values that unite Jews and all races and religions of conscience and moral clarity.

World Values Network: The Values Network is based on the teachings of Rabbi Shmuley Boteach and his passion for bringing universal Jewish values to mainstream American culture and beyond. Rabbi Shmuley’s teachings provide a means for healing and strengthening families, diverting society’s focus from material greed and inspiring children to practice caring and compassionate relationships. Our renowned lectures, debates, radio and TV broadcasts, religious services, websites, social media, and published essays cater to a broad international audience. Our goal is to inspire people to apply Jewish values into their everyday lives, ultimately conveying Jewish values in print and on the airwaves to both help America heal some of its greatest ills and to inspire Jewish youth with the power of its ideas.