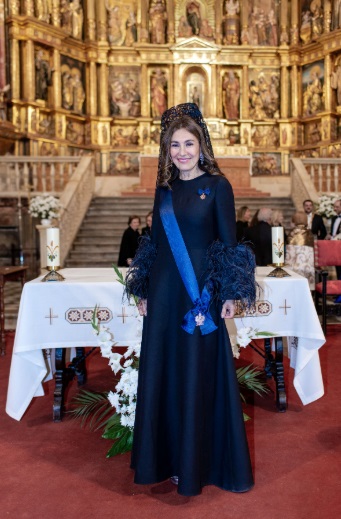 New York philanthropist, Maria Fishel, recently returned from a trip to Madrid, Spain, where she received an honorable grant from the Imperial Order of Carlos V. The highly regarded diploma is awarded in observance of the statutes of the Spanish Herald Society and the School of Arms, by order of the Grand Master.

Maria and her husband and company CEO, Kenneth Fishel, run Renaissance Properties, a family-run New York-based real estate organization. The luxury real estate agency has distinguished itself as one of New York’s premier family-owned real estate firms for over half a century. With over one million square feet of prime commercial and luxury residential space in Manhattan, Brooklyn, and Southern Florida, where it owns the state-of-the-art Class A Aventura Corporate Center, Renaissance prides itself on bringing the highest level of comfort and modern technology within the most elegant build-outs; which provide the best living spaces and the fastest services to all of its tenants. 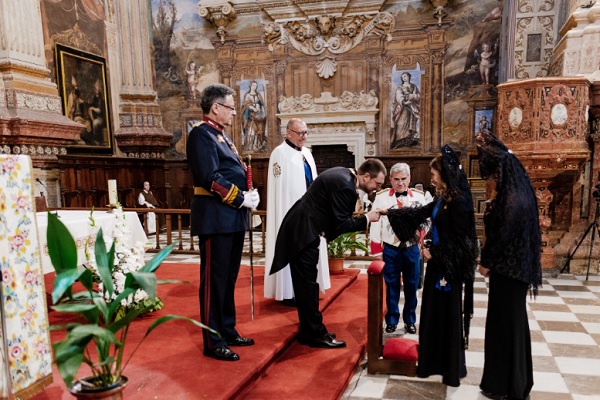 Aside from providing people the best locations to work and live, Maria is a prominent socialite, arts patron, and philanthropist who works to positively impact the lives of others. Maria and Kenneth are dedicated to charitable giving through numerous arts, animal rights, health-related, and civic improvement causes. Since 2009, the Fishels have been strong supporters of the Samuel Waxman Cancer Research Foundation (SWCRF), where they have been instrumental in raising funds to help minimize and eradicate the scourges of cancer.

A longtime staple of the Hamptons, the Fishels have also hosted three of the tennis matches for the Charles Evans ProAm Tournament as part of the Annual Prostate Cancer Foundation (PCF) benefit at their 16-acre estate in Bridgehampton, New York. Among some of the other charities, they have been involved in are Chabad Center for Jewish Life, Ovarian Cancer Research Fund Alliance, American Society for the Prevention of Cruelty to Animals, The PAW Project, NoHo Business Improvement District and the Lincoln Center Corporate Fund. Kenneth serves on the boards of SWCRF, Community Housing Improvement Corporation, and Noho New York Business Improvement District.

When Maria is not indulging her passion for the arts by attending lectures in art history, music and literature at the Metropolitan Museum of Art, she is a committee member, major fundraiser and chair of events for the SWCRF, and their annual Hamptons Happening.

BUY IT ON Shop HW